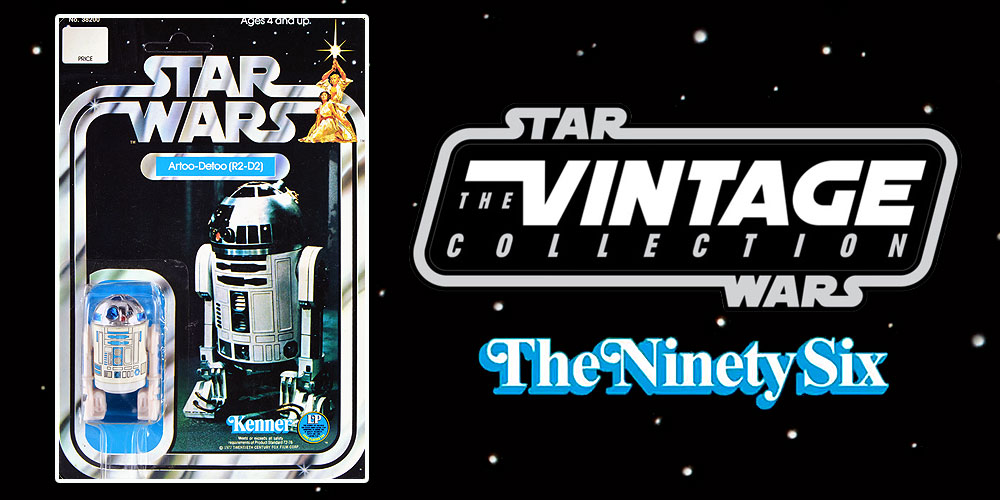 Is there a definitive modern counterpart to 1978’s SW Artoo-Detoo (R2-D2) figure?

Yes, but it’s also arguable. The revised Build A Droid tooling is a more than fair representation of an R2-series astromech droid. Hasbro upgraded the tooling by filling in the lower “holes” on the body first seen on 2017’s SW [TLJ] R2-D2 Force Link figure. This TVC version of Artoo-Detoo (R2-D2) comes with a paint job not entirely representative of A NEW HOPE. But it satisfies the requirement, both with the card art and the figure.

If Hasbro didn’t release the figure yet, do we have a near-definitive to the definitive release of this character that can be added to THE VINTAGE COLLECTION with little updating?

There are many other versions of Artoo-Detoo (R2-D2) ranging from clean to dirty and each has its charm and complements various displays.

What does Hasbro have to do so we can check off “Artoo-Detoo (R2-D2)” from our Vintage Vs. Modern checklists?

There is essentially nothing more Hasbro needs to do, except for correcting the font on the nameplate and giving the figure a paint job that is wholly Episode IV-specific. Although Artoo-Detoo (R2-D2) sustains battle damage during the Battle of Yavin, perhaps a “clean” version of the droid would have worked best here.