Hasbro’s The Vintage Collection presentation today was disappointing. I don’t know anyone who can find complete satisfaction in what was offered today. The ONLY saving grace is the Tusken Raider which has new tooling to forgive its past sins, but we’ve been complaining about that for a decade and a half too. But the new announcements are entirely problematic. (more….)

Fansites, including THIS ONE, have been asking for Hasbro to release Teebo in The Vintage Collection with the ALTERNATE head sculpt that Lucasfilm didn’t approve when it was first released in the 2012 Star Wars [The Phantom Menace 3D] Ewok Pack multipack. Now, Teebo finally gets its day in the sun as a “Kenner 96” release, and what does Hasbro do? They chose to go with the same old head sculpt. Hasbro, please do whatever you can to get this second (and screen-accurate) head sculpt on this figure STAT! Teebo CANNOT be released in The Vintage Collection without it. 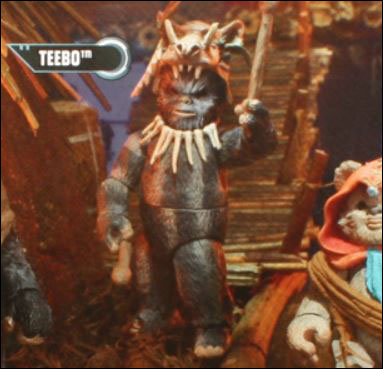 Did Hasbro completely throw in the towel with Luke Skywalker (Endor) or what? A non-removable helmet? Are you kidding me Hasbro? Did you forget you’re making action figures in 2021, and not 1985? The last time this character came with a helmet that wasn’t removable was in 2015 and it was 5POA? I can’t think of anything more egregious that happened in The Vintage Collection? And what the frack is up with his belt? Actually, where is the figure’s belt? Why does it have my sister’s childhood elastic hairband for a belt? Where is the molded plastic belt with a buckle? Hasbro, have you just completely given up on this line? This is embarrassing. 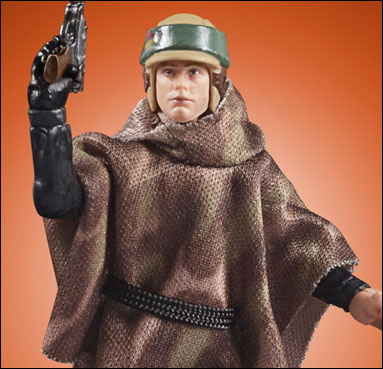 For the Death Star Droid, this is the closest silver paint you could find to mimic vac-metallization? I think you need to expand your color palette of shimmery colors. I didn’t expect you to give this character new tooling, but you couldn’t find a better paint to give it its classic Kenner shininess? 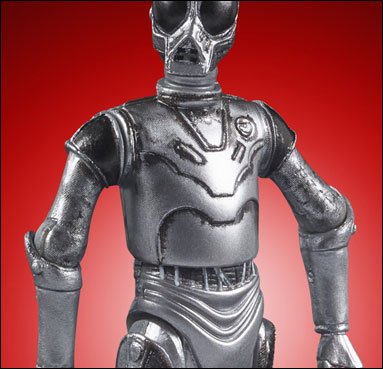 I asked all of our readers recently if Hasbro is trolling The Vintage Collection collectors and the line. They’re not even trying anymore. And, excuse me for being bitter, but on Star Wars Day, Hasbro couldn’t present a figure with all-new tooling? Isn’t today worthy of an announcement like this? They’re making it very easy to give this up.

Also, the Republic Trooper won the poll. Will they decide to keep the EU logo, or will we see it on a STAR WARS card when it gets re-released?.

Next Article: Sponsor Announcement: Brian's Toys May the 4th Sale