The Black Series Kitbashing - Ok Or Not Ok?

In recent times a new category of figures is on the rise in The Black Series: Kitbashed figures. Due to the nature of the all-new scale there were hardly any kitbashed figures for the first few years since each figure was all new and no tooling existed. But eight years later The Black Series has accumulated quite a number of sculpts and it seems Hasbro is greatly increasing their reuse of existing tooling for all new figures. So the question is: are you ok with that or would you rather have more figures will all-new tooling again? Click through for a discussion! 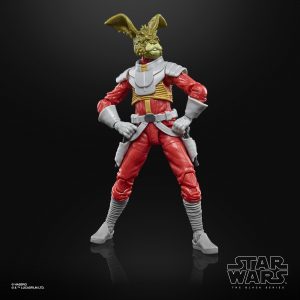 The 3.75-inch collecting community has had kitbashed figures for a long, long time, other 6-inch scale lines like Marvel Legends reuse sculpts all the time as well. Kitbashing makes a lot of economical sense for Hasbro. But the Black Series, until rather recently, mostly had all-new sculpts and saw very little reuse of existing parts.

Tooling is very expensive. An all-new mould can cost up to $100,000, which is a substantial part of the production costs. So if Hasbro has the option to either create an all-new sculpt or reuse parts whenever possible, it’s obvious Hasbro will want to make the most out of existing tooling.

But the feeling of getting an all “new” figure that is reusing lots of existing tooling is still a rather new experience for The Black Series collectors. There has been reuse before, of course, Dr Aphra, Imperial officers, troopers, to name some examples, but now entire waves of figures are sometimes mostly reuse.

The recently revealed EU comic book figures are all kitbashed or straight repaints, Jaxxon has a new head, shoulder armor, and holster, but the body is all X-Wing and Farmboy Luke, Darth Maul reuses the legs from the regular Maul figure, and so on.

But it doesn’t stop with novelty figures, even the mainline is seeing more reuse than before.

So the question is: are you ok with that?

In my opinion, there are at least two tiers of figures here. What I call “novelty” figures, not part of the mainline, releases like holiday troopers (technically speaking repaints) or EU figures like Jaxxon are one thing. Figures from actual movies or tv shows are another thing though. But even here there are differences, a figure like Koska Reeves doesn’t really need an all-new body sculpt, even if there may be slight anatomical differences between the two actors portraying Bo-Katan and Koska, they still basically wear the same armor, it would make little economical sense to create all-new tooling for Koska. The same applies to the Imperial officers of course or X-Wing pilots (other than a potential Porkins figure), even if that means that the scale may not always be accurate, since height differences between characters are ignored here.

But is it ok for you that Hasbro does not have a screen accurate IG-11 figure? Is it alright that the Beskar Mandalorian figure is also not screen accurate? Both figures reuse existing sculpts and that results in various details being just wrong.

Other companies like Figuarts (who also reuse parts where it makes sense) didn’t cut corners here and sculpted a Beskar Mandalorian that is actually screen accurate (if you ignore the pinhead-sized helmet). 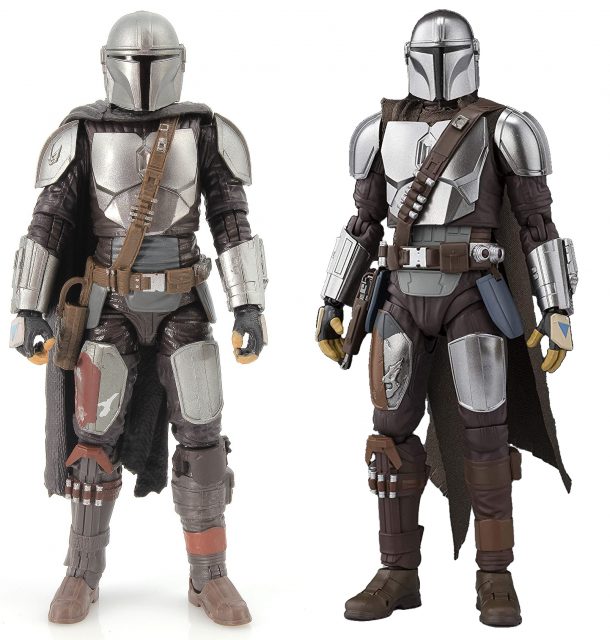 Several (small) armor details on the TBS figure are wrong, since the figure is reusing quite a few parts from the original version. Most noticeable is the armor piece that protects the abdomen, it’s an all-new armor piece for the Beskar variant, Hasbro didn’t bother to sculpt a new part here.

Hasbro originally announced The Black Series as giving fans the “ultimate” version of a Star Wars character. Can a figure like the Beskar Mandalorian be “ultimate” when it’s not screen accurate?

How much does screen accuracy matter to you? Or are you just happy to get several prequel Jedi, IG-11, or Mandalorian armor variations even if these figures are not really screen accurate? Or would you prefer it if Hasbro paid more attention to small(er) details again and didn’t reuse tooling when the result is a figure that is not screen accurate?

Leave your thoughts in the comments and let Hasbro know what you think of the current kitbashing in The Black Series!

Next Article: Will Hasbro's New Directive Of Phasing Out Plastic Packaging Impact The Star Wars Brand?