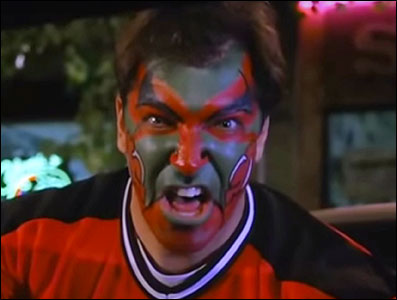 I immediately headed to JTA sponsor Entertainment Earth to quickly fill the gaps for my collection only to discover that Luke Skywalker (Jedi Knight) was completely sold out. This is a figure that was released in October 2020. How is completely gone only six months after its release? But this discovery only led to more unfortunate awareness. Boba Fett from The Empire Strikes Back: SOLD OUT. Chirrut Imwe: SOLD OUT. Power Droid: SOLD OUT. ARC Trooper Fives: SOLD OUT. Hondo Ohnaka: SOLD OUT. Imperial Death Trooper (2nd time): SOLD OUT. Darth Maul (rerelease): SOLD OUT. Now think about the older waves with figures that should still be available. The list grows exponentially.  Clone Trooper: SOLD OUT. R2-D2: SOLD OUT. Chewbacca: SOLD OUT. I then headed to eBay where I became sickened that I would need to drop the $40 PER figure to catch up on my shortage.

To add insult to injury, none of the figures mentioned above reached ANY brick-and-mortar Big Box stores like Target or Walmart near me either. I mean, maybe I saw Darth Maul once, but I cannot remember at this point.

Why is The Vintage Collection so difficult to find?

The Vintage Collection doesn’t have a snowball’s chance in heck if Hasbro accepts this as the norm. But if this is the way things are going to roll, then misery will ensue. How can I fulfill my missing 34 Luke Skywalker(Jedi Knight) figures when they now go for $40 each on the aftermarket. This is the hero of the Original Trilogy. It should be as readily available as Boba Fett and Darth Vader. Oh, wait. They’re not available either.

There is a major supply and demand issue with The Vintage Collection. New releases should have a shelf life longer than six months. The Vintage Collection is essentially an online exclusive action figure line as it is. Aside from a few mere store reports here and there, no one Is finding these in stores. But to be fair, I don’t see The Black Series 6” figures frequently either (but much more often than TVC). If collectors are to blame for not buying this stuff when it’s available, then why is it always sold out?

Hasbro needs to give up on traditional retail. It’s a dying dinosaur anyhow. The retail apocalypse is real. The way of the future is online, and Hasbro should be developing extremely close relationships with the Fan Channel. Most people operating the online transactions in the Fan Channel are fans themselves. They understand the customer and the hobby. And they UNDERSTAND how to SHIP the merchandise to collectors with zero to no issues. And it’s time for The Vintage Collection to have enough supply, for everyone to buy as many figures as they want for their collections.

Look, Hasbro isn’t perfect here either. From their inability to understand what an essential repack is (from the original run of The Vintage Collection to awesome figures from the Legacy Collection era that need another release at retail)  to their poor understanding of how important aliens and creatures are to the line, they need some training too. Their excuse why they didn’t update Paploo’s card art was laughable. And it’s apparent they need a new graphic arts team for The Vintage Collection packaging. The last wave had dreadful packaging. However, they need to concede retail is done and to stick a fork in it. Give Big Box their exclusives, but there is no point in spreading out general marketplace merchandise to them when the Fan Channel can offer wider availability.

That said, Hasbro needs to fix these hiccups. Please put Luke Skywalker (Jedi Knight) and many others back up for pre-order again. If they’re already going for $40 a pop, imagine how many more you can sell by soliciting it again.

In the meantime, does anyone have 34 extra Luke Skywalker (Jedi Knight) figures for me? I have Venmo.

Next Article: TBS The Empire Strikes Back 40th Wave 3 Pre-Orders Being Canceled