While Rian Johnson still insists his Star Wars trilogy is happening he meanwhile in the real world just signed a deal with Netflix for two Knives Out sequels, worth a whopping $450 million. The first Knives Out movie had a very modest $40 million budget and became a surprise hit and extremely profitable as well when it grossed more than $300 million at the global box office.
While this is not directly related to Star Wars fans of The Last Jedi and Johnson’s potential Star Wars trilogy will certainly be disappointed that despite reassurances by Johnson his actual future plans seem to include a lot of things, just not Star Wars. So good luck to Rian Johnson and his future Knives Out movies! Filming for the first sequel begins in June in Greece. Daniel Craig will reprise his role from the first movie.
One final note: I hope the $450 million deal includes the production budget for the movies and marketing. Or else Rian Johnson can buy his own island now. I hear Skellig Michael is a nice place to live where you can enjoy the local fauna and flora undisturbed. 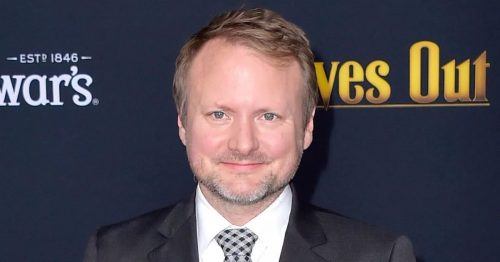 He will subvert your expectations on Netflix now