Out Of The Box Photos Of The Brand New Black Series Boba Fett!

A user on Reddit has posted first photos of the brand new Black Series Return of the Jedi Boba Fett figure! So how does it look? Click through for several photos of Boba Fett out of the box! 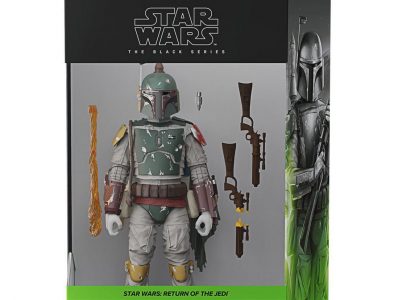 This is the rendered mock up by Hasbro, how does the actual figure look? Click through!

Reddit user “bleep_bloop89” posted photos of his Return of the Jedi Boba Fett earlier today. So what does the actual figure look like? See for yourself! 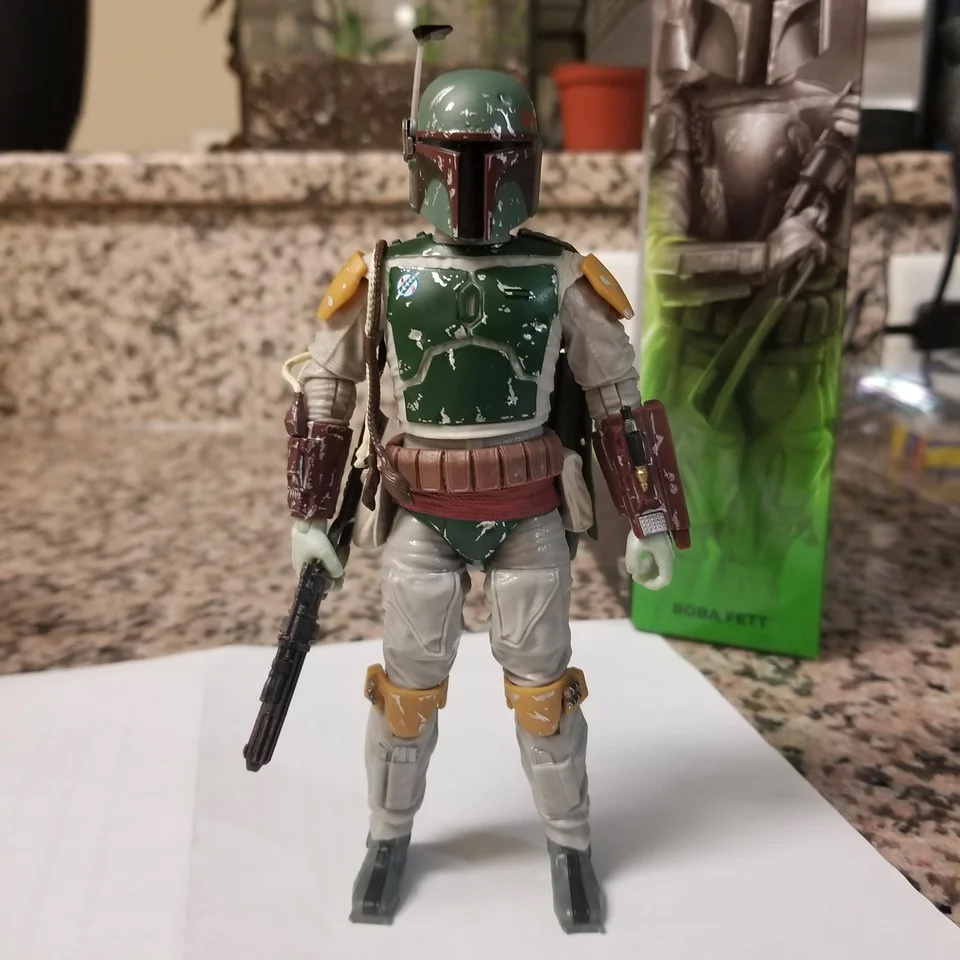 This photo was taken at an angle, most likely with a smartphone, so things are somewhat distorted here. There is an unpainted head underneath the helmet, which may explain why the helmet shape may not be 100% accurate. In this photo the helmet seems to be a bit narrow and squished. Also, the grey undersuit appears to have little weathering applied. It has quite a plastic sheen to it, it looks it was molded in light grey plastic with zero paint applied to it. It appears the shoulder pads are attached to the torso and not the arms.
In the Reddit thread the owner of the figure reports that the helmet came squished out of the box (because of the way it was packaged) and that he had to apply some hot water to it to fix it. In my opinion the helmet still looks a bit squished though. UK etailer Star Action Figures posted a photo of the figure in the box last night on Facebook and in that photo the helmet definitely looks quite squished. 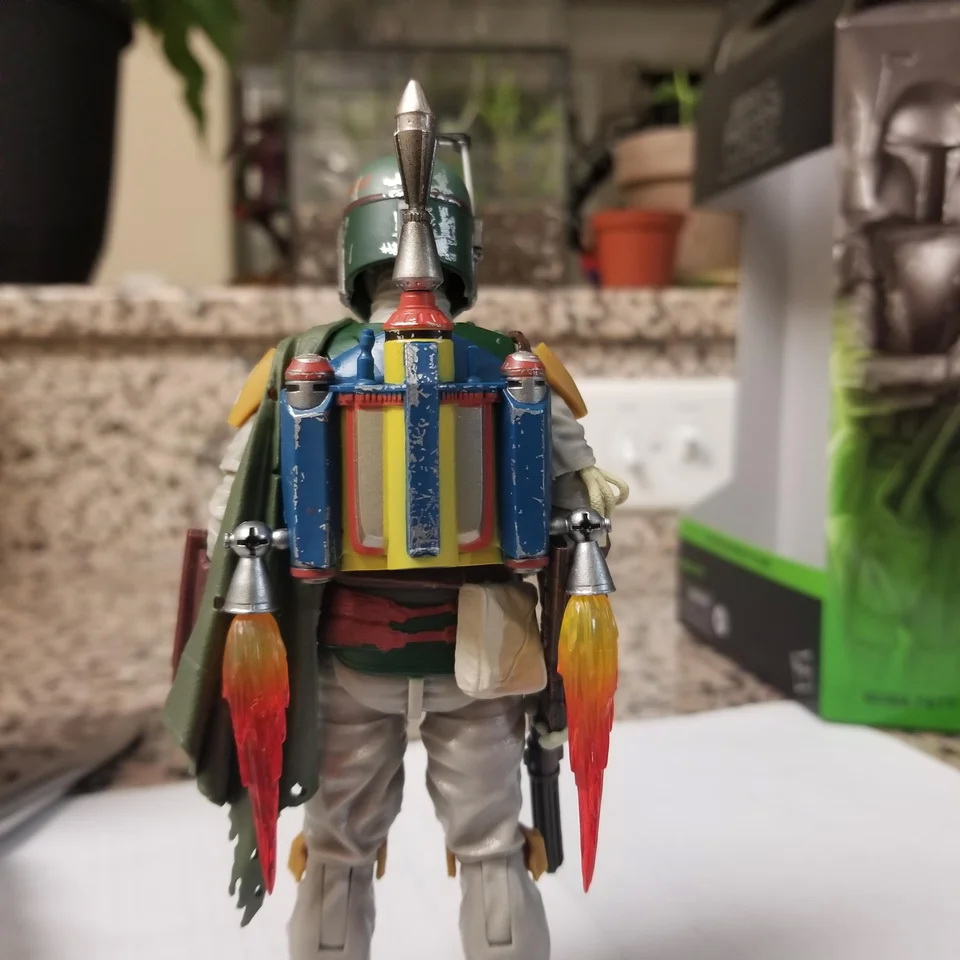 The colorful jetpack with the effects pieces attached to it. Boba’s cape is plastic now. 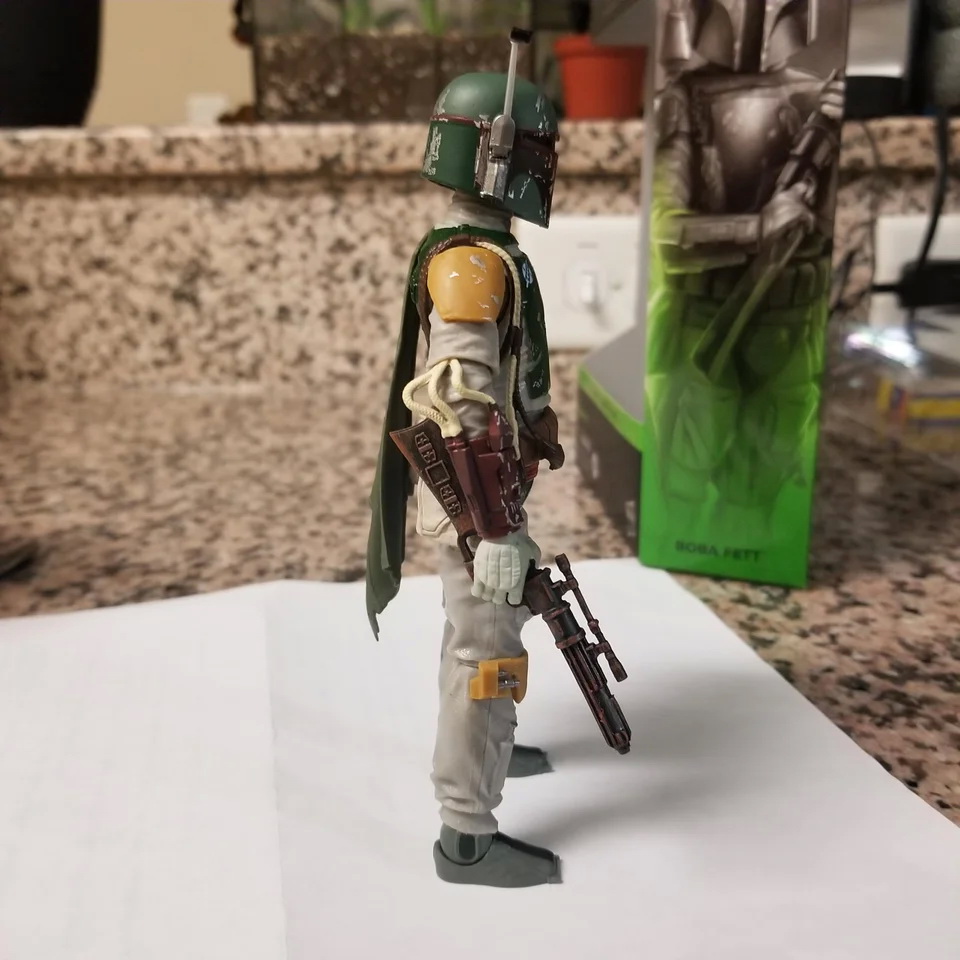 And here is a profile shot of Boba. The helmet looks ok from this angle.

Please go to the Reddit thread for a few more photos of Boba Fett out of the box!

In my opinion Black Series Boba looks ok, the grey body suit has a plastic sheen though and could have needed a bit of a wash maybe or some weathering, helmet size is certainly accurate, but whether or not it has the overall accurate shape still needs to be determined. That the Reddit user had to apply hot water to the helmet because it came a bit squished out of the box is not entirely encouraging.

And just to provide a comparison, here’s a quick smartphone pic I just took of the MAFEX Return of the Jedi Boba Fett figure: 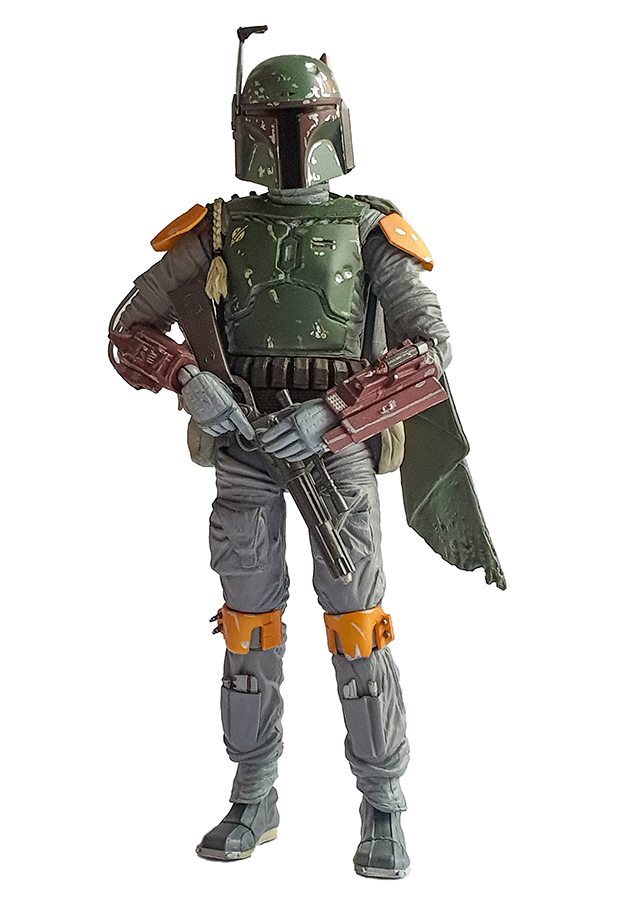 I believe the Black Series version will not dethrone the (much more expensive!) MAFEX Boba. 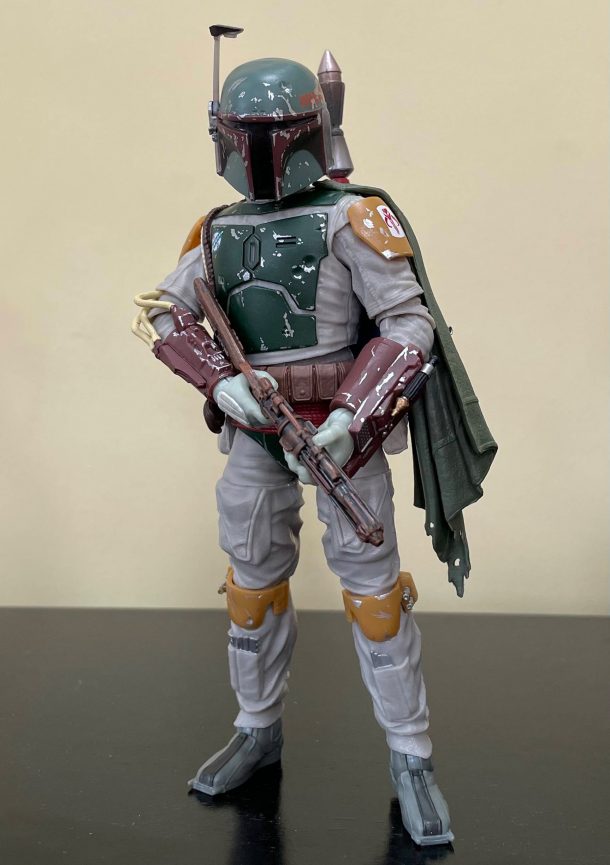 In this photo the helmet looks pretty great and the overall proportions seem to be much improved compared to the original ESB Boba Fett. However, it’s still very obvious the light grey undersuit has zero paint and no wash applied to it, which makes for a somewhat clean and plasticky look. Also, I am not so sure the color of the gloves is correct. But the sculpt itself is very good.

Update 2: first video reviews of Boba Fett appear on YouTube! The video review below unfortunately confirms that Boba Fett’s helmet will come warped out of the box, it’s clearly pinched/squished and you will most likely have to use hot water etc to get the helmet in shape! There are several other video reviews on YouTube already, each and every one of them shows Boba with a pinched helmet. This is quite a disappointment.

So what do you think of the all new Black Series Return of the Jedi Boba Fett?

Tags: Boba Fett (Return of the Jedi) The Black Series