What Is The Best 6-inch Scale Leia Action Figure? 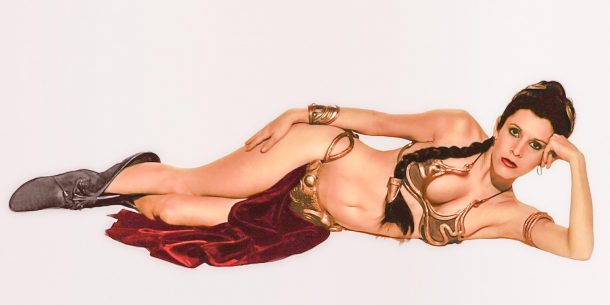 Metal bikinis once were all the rage

So let’s not waste any time and dive right in! What 6-inch scale action figures of Leia are there and what is the best or ultimate one? This time I will list the figures sorted by release date, more or less, to better showcase how 6-inch scale Leia action figures evolved over time.

And those are all the 1/12 scale Leia action figures you can get. Quite a few versions of Leia are still missing!

So, is there an ultimate action figure version of Leia? Since Leia changes looks quite a bit throughout the movies there can certainly never be THE one ultimate figure.

In my opinion, the SHF A New Hope Leia is the best Episode IV version of her. The sculpt is not perfect, but the figure looks like a real person, not a cartoon, and the sculpted plastic robes look much, much better than the cloth robes the Black Series figures have. Also, in hand the figure looks more like Carrie Fisher than photos of the figure would let you think. 2D reproductions of a 3d face will never really truly capture the likeness of a figure. Ideally, Hasbro should revisit Episode IV Leia and retool the figure from the ground up, ditch the cloth robes and give the figure the photoreal treatment. Until that happens the SHF version is the ultimate Episode IV Leia.

Hoth Leia is certainly THE best looking Leia action figure. The sculpt is perfect and the figure overall is just fantastic. Bespin Escape Leia is just a variant here, looks equally good, but I feel the Hoth costume is the more interesting option here.

Endor Leia is the best Return of the Jedi version of her, lightyears ahead of any other figure from the movie, unfortunately. Slave Leia is a joke and Boushh Leia is almost as bad.

Let’s hope Hasbro (or SHF?) will eventually finish the line-up of original trilogy Leia figures. I would say that a Bespin gown version of her is probably the most needed figure, followed by Medal Ceremony Leia, especially since there is a Medal Ceremony Luke. The Endor village version of Leia would be nice to have, but is probably the most “boring” looking variant of the three major missing OT costumes. Eventually Hasbro should make all three, of course.