What Is The Best 6-inch Scale Luke Skywalker Action Figure? 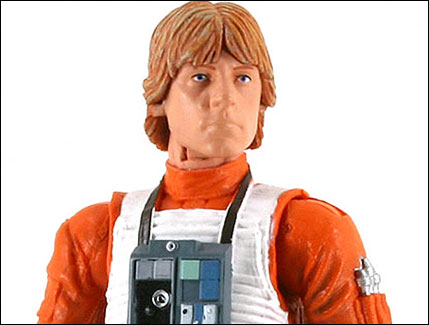 The first of many 6-inch scale Luke Skywalker figures

Let’s dive right in and take a look at the various 1/12 scale Luke Skywalker action figures. I have included most versions here, but not all, i.e. a rerelease with little to no visible difference will not be listed here, but whenever there is a major difference in either paint application or sculpt the figure will be listed.

I also included a few reference photos of Mark Hamill as Luke Skywalker for each movie he appeared in. I will begin with A New Hope figures, followed by Empire Strikes Back Figures etc. So it’s not a chronological list of releases.

The Empire Strikes Back

Return of the Jedi

And that’s it! These are all the (major) versions and variants of Luke Skywalker in the 1/12 scale!

Overall there are 15 different versions of Luke between Hasbro and SHF. There are more than 20 Lukes even if you include photoreal / sculpt updates. Luke has the most action figures in the 1/12 scale by quite a margin, and certainly for a reason. He is the most iconic and popular Star Wars hero of all time. But what major versions or variants are still missing? Not too many.

The question now is, do we already have an ultimate 6-inch scale Luke Skywalker action figure?

In my opinion: no.

While Hasbro has made great advancements with their paint apps and Luke sculpts the major issue is that all the iconic version of Luke – Farmboy, Jedi Knight, Bespin – either suffer from comically bad paint apps and/or from outdated body sculpts with severely limited articulation.

SHF Jedi Luke has probably the best body sculpt of them all, with excellent articulation, but his golden hair and not quite perfect headsculpt prevent this figure from being perfect. Likewise, SHF Tatooine Luke comes pretty close. Sculpt is decent, accessories are excellent, but his golden hair may be a turn-off for some and again, the headsculpt is not 100% there.

Hasbro’s most recent Luke sculpts are usually excellent, but in my opinion Hasbro MUST still release an ultimate Jedi & Bespin Luke and especially an ultimate Farmboy Luke. With completely re-engineered bodies that use the current formula with butterfly joints, greatly improved elbows and knee joints without visible pins. It is a pity that so many major versions of Luke were released early on and that Hasbro decided to re-use the old body sculpts for many major new releases of him. Dagobah Training Luke, Snowspeeder Luke and Medal Ceremony Luke are the only really modern figures of him, with Snowspeeder Luke certainly the one that is closest to “perfect”, I can hardly imagine a better looking version of Snowspeeder Luke. But it’s still not the Luke most people think of. That will always be Farmboy Luke, Bespin Luke and Jedi Luke.

If the sequels are your thing then SHF’s Ahch-To Luke is possibly the best action figure version of Luke Skywalker and virtually perfect, in my opinion. Likeness is excellent, sculpt overall is fantastic, sadly, the figure itself represents a version of the character that does nothing and will probably never be a fan favorite.

Also, let me know if you would like to see more overviews of 6-inch scale Star Wars character variants. Darth Vader comes to mind, Han Solo and Leia as well.