According to CNBC, “sales of [Hasbro’s] licensed content from entertainment studios fell 12% to $1.08 billion for the full year, [but] its sales of Star Wars grew by 70% over that period.” That’s a pretty hefty percentage for a single year. What on earth, do you suppose, could have possibly contributed to such an increase in sales? That’s rhetorical, by the way. The article without stating it directly basically says “The Mandalorian was really great for business.” Do you expect Hasbro to increase their product due to these sales? How much do you think The Black Series vs The Razorcrest campaign contributed to these numbers? Let us know what you think in the comments! 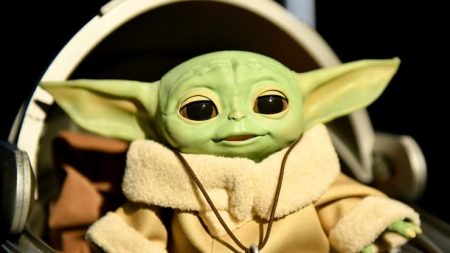 Previous Article: Mission Fleet, Lightsaber Squad, And Every Format Of Grogu Oh My! But Nary A TVC Or TBS6 Figure Anywhere