Hasbro did something new today. They actually revealed some of the figures that are in the pipeline for 2021 or 2022 even. This is something many fans have asked for for a long time, to learn what Hasbro has lined-up. No actual figures, digital sculpts or anything really were shown, but Hasbro revealed which characters will come to The Black Series. And there are quite a few interesting choices! Click through for more! 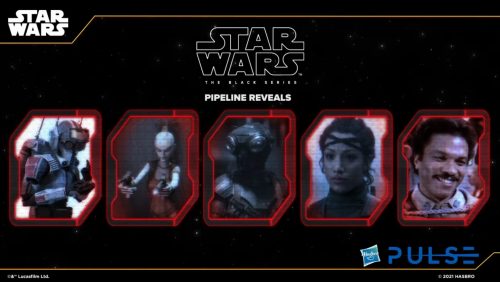 As mentioned, Hasbro tried something new. They revealed some of the that figures will come to The Black Series in 2021 or maybe even 2022. No release schedule or any details at all really were given, just the names.

And the figures are:

Those are all great choices, in my opinion. Koska was probably a no-brainer for Hasbro, since they already have the Bo-Katan sculpt and only need a new headsculpt for Koska and a different paint app for the Helmet. Zero is a great choice for The Mandalorian, but that series needs about two dozen additional figures!

Are you looking forward to these upcoming figures? And do you think it’s a good thing that Hasbro eases up on the secrecy a bit and actually tells fans what to expect in the coming months? This pipeline is not complete of course, but it at least offers a glimpse into the future.

What do you think? Leave your thoughts in the comments!