And here is the drone photo, which reveals the massive set currently under construction: 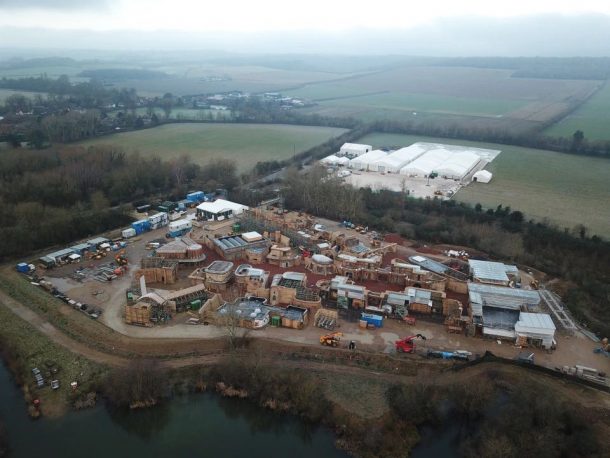 And here is a closer look: 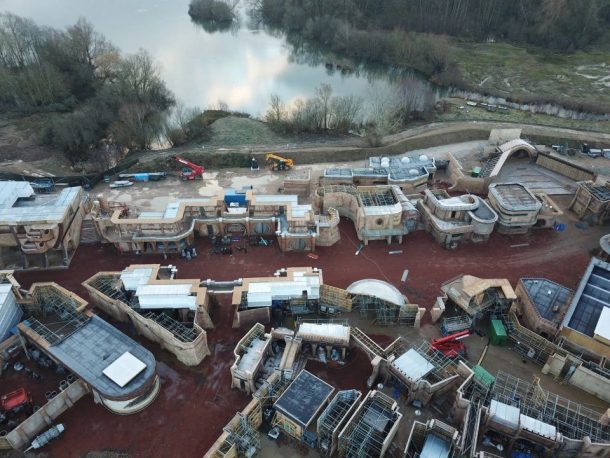 As you can see the set is rather massive, they are basically constructing a small (fake) village. We still have to wait quite a bit before Andor will be released, but production is underway and let’s hope that certain viruses will not be too much trouble later in 2021, causing any further delays.

The Sun speculates that this might be a set for the Kenobi show, but eagle eyed fans on Reddit have identified the set with almost 100% certainty to be for Andor.

I also wonder if it might be a good idea not to dismantle the set once the show has ended and to convert it into a local tourist attraction. Little Marlow is not too far from London, so tourists can get there easily.

Little fun bonus fact, if you check out Little Marlow on Google Earth (or activate the satellite layer in Google Maps) you will find that the aerial footage showing the location is from March 25th 2020 and the set is already visible. Work had begun already. You can even see the exacavators at work! 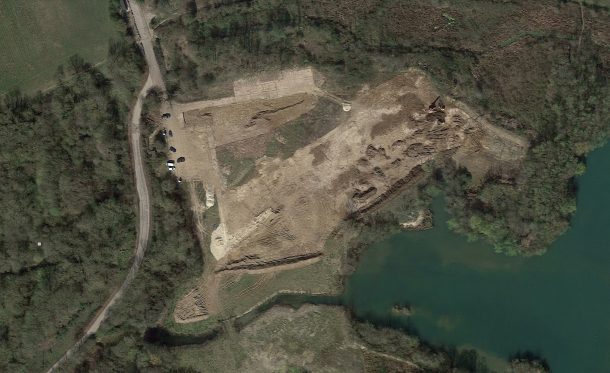 Little Marlow is just to the left right next to the set. So the Andor set has been hiding in plain sight on Google Earth/Maps for close to a year now.

What do you think of the set photos?

Next Article: First Actual Photos Of The Inside Of The Star Wars Hotel Appear Online