I tried to keep my list short and compact. I also tried to only include figures that have at least a somewhat realistic chance of getting made. In my previous article for season 1 figures about a year ago I included a ton of background characters, mostly bounty hunters, which we will probably never get. So for season 2 I focused on characters that have a little more screentime. Also, the list is (almost) entirely scale agnostic, when I list the characters it’s always for both scales, unless stated otherwise.

I didn’t include characters like Dr Pershing or so, even if they have a non trivial amount of screentime and/or are important to the plot, because I already included them last time in the season 1 article from a while back, but that doesn’t mean collectors wouldn’t want or need a Client action figure or a Dr Pershing figure. But since this is about season 2 I will not list season 1 figures (with few exceptions) that are still missing from the lineup.

There are two tiers. Tier 1 is, what I call, “essential” figures, as in “if Hasbro doesn’t make that figure they are dumb”. Tier 2 are figures which would be nice to have, but which are not as essential as the Tier 1 figures.

Here are the characters I selected:

Boba Fett – now this is somewhat tricky since there are three versions of him in season 2. I think it’s unlikely we’ll get all three. In an ideal world Hasbro would make a deluxe variant with two versions of each armor piece you can swap, before and after the new coat of paint. But if I had to choose and Hasbro only makes one version, then I would like the freshly painted version. The existing Boba Fett figures already come with a weathered look. Of course a Tatooine version with just the robes would also be nice, but the armored version (always with a removable helmet, of course!) is certainly more essential.

Fennec Shand – I already included her in the season 1 list a year ago. But back then she was just a guest character that was seemingly killed. Now that she will be Boba’s number 2 in the upcoming Boba Fett series and with the addition of some cyborg parts a season 2 version of her (which is still mostly identical to season 1, but maybe with a new removable belly piece to reveal her cyborg parts) has become essential.

The Frog Lady – her accessories should include a removable egg canister and preferably a single egg that a Grogu action figure can hold. Maybe Hasbro could also sculpt a season 2 Grogu, but since he’s otherwise unchanged from season 1 I don’t think a new Grogu is that essential. She was just a guest star, but a) she’s an alien and b) she is adorable.

Ahsoka Tano – there are TCW/Rebels versions, but a Mandalorian version is also necessary, her appearance is quite different.

Morgan Elsbeth – live action Ahsoka needs someone to duel and thus Morgan would make for a good choice, I think, even if she only appeared in one episode. 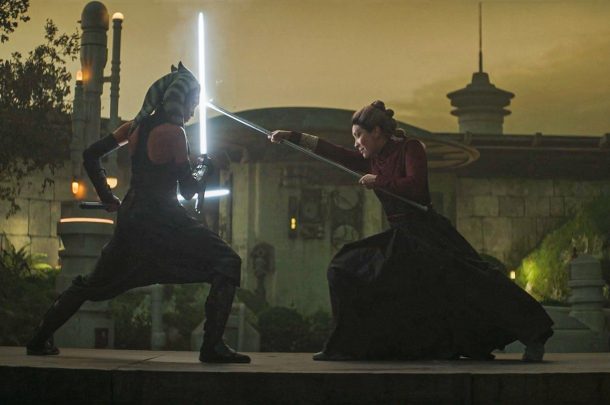 Since Morgan is a dynamic character the use of soft goods is mandatory. Her outer robe should be removable, so she can look like in the duel. And that Beskar staff is a quite important weapon in season 2, so that accessory is essential.

Lang – we all need a Michael Biehn Star Wars action figure, don’t we? Yes, we do! 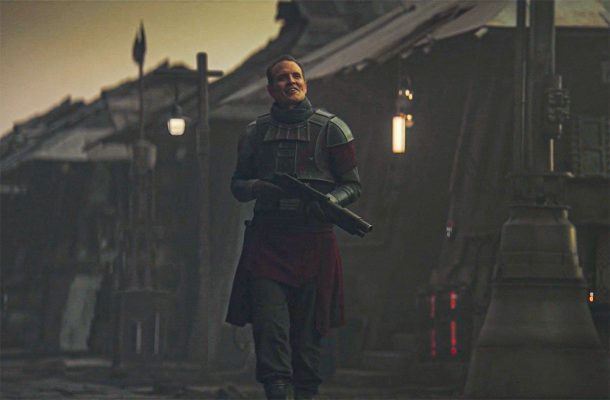 HK-87 – “The Jedi” is a rich source of potential action figures. We need more droids that are neither a C-3PO variant nor some astromech. HK-87 would probably make many collectors very happy.

Dark Trooper – yet another droid with a good design and which even plays an essential role in season 2.

Bib Fortuna – fat and complacent Bib Fortuna? Absolutely yes. More aliens are always needed. Even if he only had a short cameo. Of course the question here is if the Mandalorian version is more essential than the Return of the Jedi version.

Gor Koresh – John Leguizamo’s character only made a short appearance, but the character design is really good and we also need more aliens. But like all the other tier 2 figures he’s not as essential and any of the tier 1 figures would be much more needed. 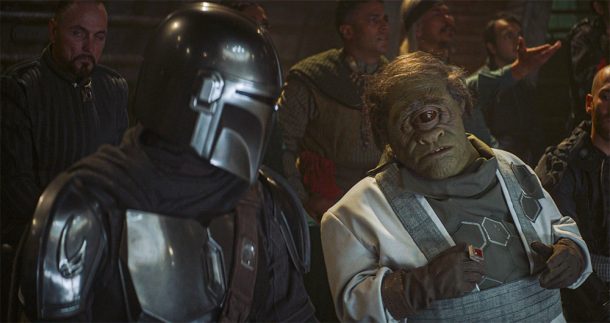 Trapper Wolf – Dave Filoni’s New Republic pilot makes yet another appearance. I included him in the season 1 list already. It would be fun to have this figure. But he should not take a release slot away from any of the tier 1 choices.

Carson Teva – the other New Republic pilot we get to see a few times in season 2. The question is if a somewhat overweight older man in an orange flight suit would have any mass appeal, collectors would certainly want him. He’s nice to have, but not essential.

Koska Reeves – the female Mandalorian would certainly be a welcome addition, once we get all the other, more essential characters.

Axe Woves – the same can be said about the male Mandalorian. Chances are both characters will be seen again, so the two of them should absolutely be on Hasbro’s shortlist for Mandalorian action figures.

Female Imperial Comms Officer – we see her quite a few times in season 2 until she (most likely) meets her demise in the finale. No name is ever given for her. She is the first female Imperial officer (not talking about the First Order in the movies, which is not technically speaking “Imperial”) we see in live action. And she’s cute. 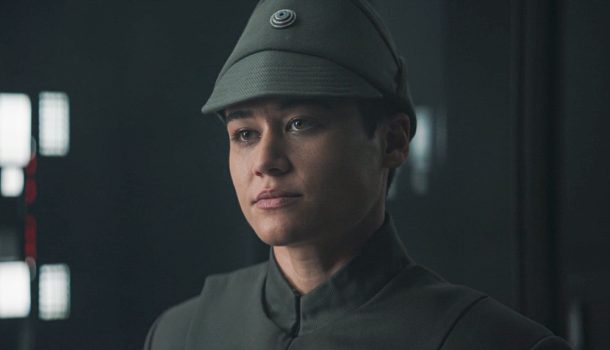 The woman with no name

Greef Karga – there already is a version of Greef Karga, so his second variant is maybe not that essential. I believe Hasbro should rather make all new characters before they make variants of characters, thus whatever version of Greef is missing from the line is not as essential as the tier 1 choices, in my opinion.

A small bag of dust, debris and assorted rubble – for that super immersive Razor Crest display!

And that’s it. I wanted to keep the list somewhat shorter this time. Of course it would be great if we also got Mythrol, Mayfeld or Peli Motto and her three pit droids. But I mentioned them all in my season 1 article already. And Mayfeld, as great as his character was in season 2, looks more interesting in his season 1 mercenary outfit. I am no big fan of Imperial disguise figures, which is what we would get for his season 2 version. And his prison outfit we saw in season 2 creates massive Rose Tico potato sack vibes, so should be avoided, I believe. Then we have background characters like Moroff (the alien that at least looks like Moroff) or Dr Mandible in the cantina, plus the mercenaries we see in “The Jedi”, a Death Star Droid etc. They would all be great to have but I reckon the chances of Hasbro making them any time soon is close to “zero” and any of the other characters listed here is much more essential.

Then there’s the question of Luke Skywalker – I am not entirely sure his Mandalorian outfit is that much different (if at all) from his Return of the Jedi costume. Both lines have rather recent ROTJ versions of him which can be used for any Mando displays. Yet another Black Series Luke version would only make sense if Hasbro resculpts the entire body, giving Luke new and imroved elbows, butterfly joints, the new neck and knee joints. Yet another slight tweak of the same dated TBS sculpt would make little sense.

Hasbro could dedicate an entire line just to Mandalorian figures, of course. But as things are there are only so many release slots each year and Hasbro won’t focus on just one series, but I think the tier 1 Mandalorian figures are absolutely in the realm of possibility for 2021/22.

So, do you agree with my choices? Or what season 2 figures would you consider “essential” and must haves (please no season 1 characters, I included them all last time)? What characters did I miss? And how likely do you think it is we will get a meaningful number of Mandalorian additions to the action figure lines in 2021? Leave your feedback in the comments!