Star Wars fandom comes in many shapes and forms, while JTA mostly focuses on action figure collecting there are some people who go beyond what companies like Hasbro are offering and create their very own Star Wars dioramas or figures, sometimes even from scratch. Caleb shows you some of that in his Toy Runs. But there are quite a few more people out there who have the talent and imagination to create their very own Star Wars displays. Today I want to talk about one customizer I came across on YouTube recently: Boylei Hobby Time. And his work is nothing short of amazing. Click through to learn more! 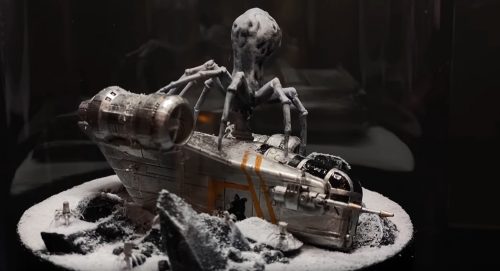 On his channel you can see how he constructs a 1/12 scale LED lightsaber from scratch for the Bandai model kit Darth Vader. He also uses LED filaments from LED light bulbs to create laser blasts for space ships or weapons. 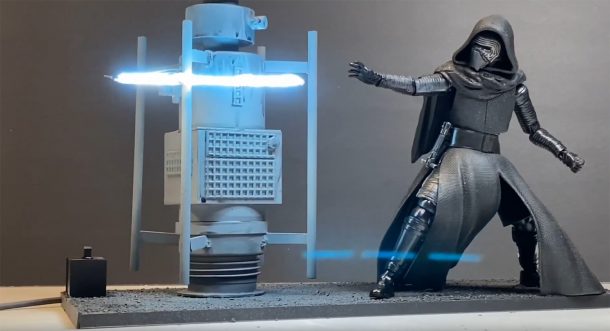 Here he used the Bandai model kit Kylo Ren, everything else is custom made. He basically recreated the Centerpiece display piece by Hasbro. The blaster shot seemingly hovering in the air was created from an LED filament. 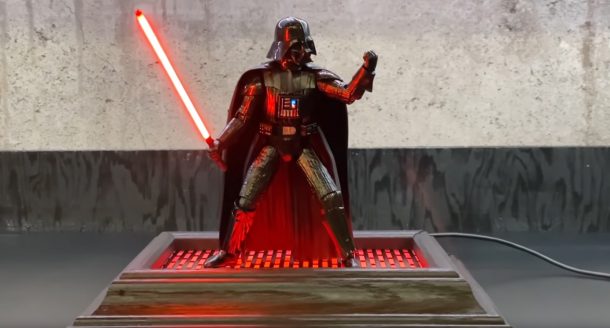 Here Boylei created the LED lightsaber completely from scratch. The stand uses an old picture frame, the floor crating is a DIY piece, Vader is the Bandai model kit. Please note that the teeny tiny buttons on the chestbox are also illuminated by LEDs.

The 3D models he uses are sometimes made by other people and downloaded, but many times he creates 3D models from scratch, simply using an app on the iPad. His own models include the spider you can see in the first photo (the Razor Crest was created by someone else), he also modeled a Krayt Dragon along with a tiny Bantha and Tusken Raider to recreate a scene from the first Mandalorian season 2 episode. But it doesn’t stop here, he even created his own Baby Yoda figure from scratch in 3D for one of his most recent projects, where Baby Yoda needs to connect some cables. 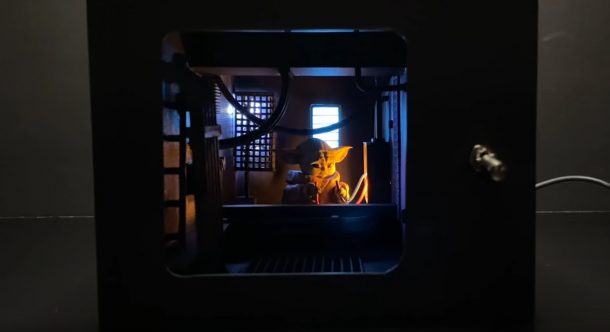 Yet another miniature display with lights for the bookshelf. Everything you see here is custom made, including the 3D printed Baby Yoda who cannot figure out where the cables need to go. 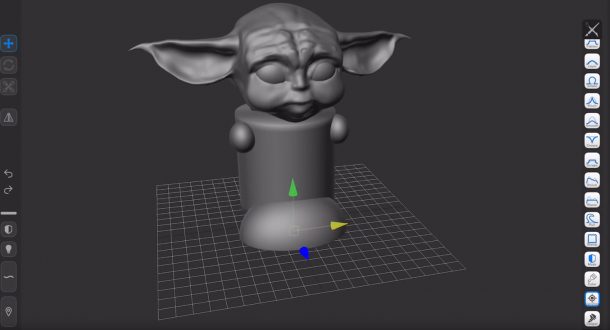 Action figure collecting is often a rather passive hobby, you buy the figures, you unbox the figures (unless you keep eveything in the box), put them on a shelf or in a cabinet and then you enjoy looking at them. People like Boylei however, are an inspiration, their work is next level and shows you that you can create almost anything you want these days with some talent, time and dedication.

People who argued that LEDs or battery compartments are cumbersome or would not have really worked for the HasLab Razor Crest should definitely check out the video of the Razor Crest vs Giant Ice Spider display, Boylei used parts from flickering LED tea lights you can buy for cheap to create engine exhaust lights. 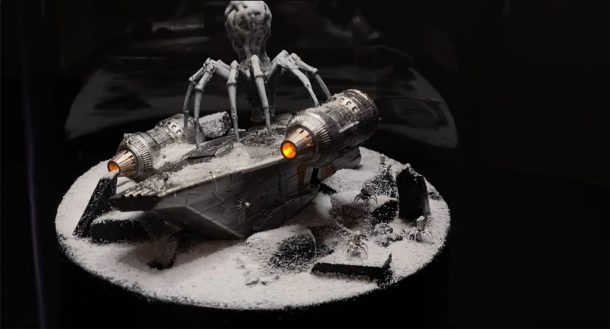 LEDs have become so tiny (in several videos he also uses nano LEDs) that you can add lights to virtually anything these days. He even illuminated the buttons on the chestbox of the Bandai model kit Darth Vader using extremely small LEDs. The battery is hidden on the back of Vader where it is concealed by the cape. 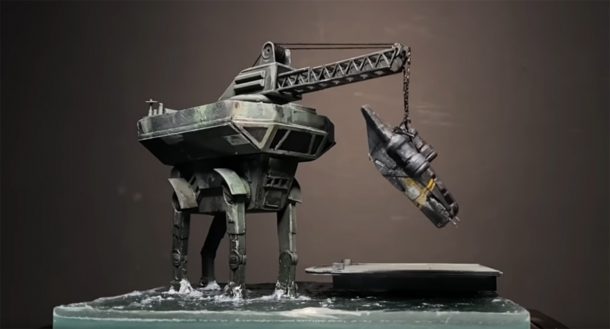 Everything you see here was either 3D printed or built from scratch using styrene, resin was used for the ocean.

Do any of you customize Star Wars toys or do you even create some things completely from scratch? Do any of you use 3D printing to help out with missing props, weapons, parts or even figures?

Check out the Boylei Hobby Time channel on YouTube! I highly it recommend to anyone who is even remotely intested in custom Star Wars displays. Boylei’s work is certainly next level, but everyone started somewhere, so maybe use it as an inspiration if you ever think about DIY Star Wars dioramas. He also features some other things, not just Star Wars, but it is one major focus. Each video is usually 5-10 minutes long and leads you through all the steps, it’s concise and not long-winded.

I hope you enjoy watching some of the videos!

Here are links to some of Boylei Hobby Time’s projects: