Collecting is not a competition, many people will love both the Star Wars and Marvel franchise, but it will probably still be very satisfying for most Star Wars collectors to learn that just now the Star Wars HasLab surpassed the Marvel HasLab. The Sentinel had an impressive number of 21,913 backers, but the Razor Crest just now crossed that mark.
Star Wars went through a difficult phase in 2018, after years of rapidly declining merchandise sales, but ever since then the numbers have increased again. Hasbro have been reporting growth for the brand ever since early 2019 and to see that the second Star Wars HasLab is now the most successful HasLab campaign yet is certainly a very good sign for the franchise and the brand. Let’s hope Hasbro will use that momentum to release many more Black Series and Vintage Collection figures and sets in the coming months. And hopefully, The Mandalorian will be a huge focus.
What does the fact that Star Wars just beat Marvel mean to you? Did you back both the Sentinel and the Razor Crest? Do you think Hasbro will take note and increase their Star Wars output in 2021? Click through for more. 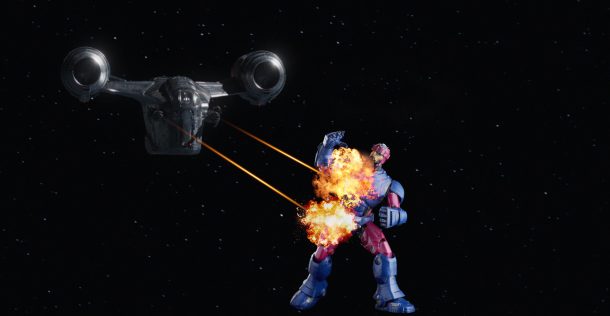 The Razor Crest is blasting the Sentinel

And here is the visual proof that the Star Wars HasLab now has more backers than the Marvel HasLab, with another 12 hours to go.