Also, the upcoming Moff Gideon Black Series figure was kind of revealed as well, since the box art for the Remnant Stormtrooper already shows part of Gideon’s cape!

Will you get the figure? And you are looking forward to Moff Gideon joining the Black Series line-up after his Vintage Collection version was announced not too long ago? 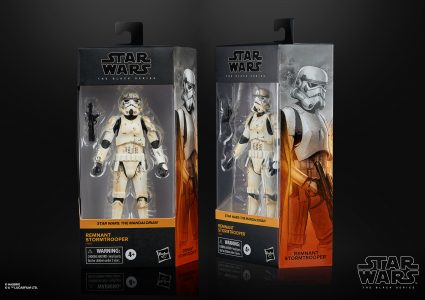