All The Mando Monday Vintage Collection And Black Series Reveals

Both the Vintage Collection and the Black Series had several reveals on the very first Mando Monday! And while most of the things (if not all) will no longer come as a huge surprise if you follow the news, it is still nice to see the official announcement! So click through for all the TVC and TBS reveals from today! 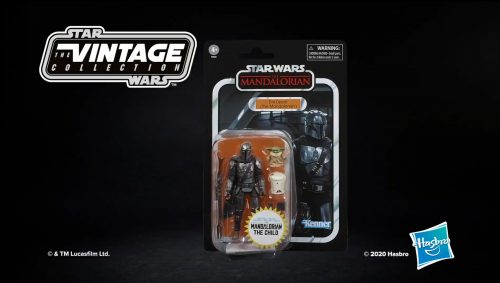 The previously leaked Moff Gideon and the Armorer have been announced. And the Mandalorian build-up pack is also no real surprise. However, collectors will be happy to find out that the figure has a removable helmet! He also comes with the ice cream maker / safe, some Beskar ingots and the Child aka Baby Yoda.

So let’s take a quick look at both Moff Gideon and the Armorer in the Vintage Collection, click on any of the photos for a larger version: 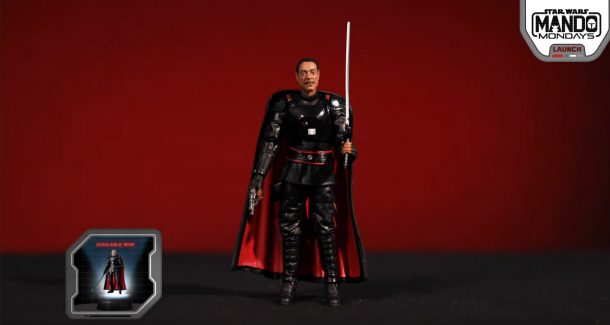 The figure with the darksaber. Gideon has a plastic cape. 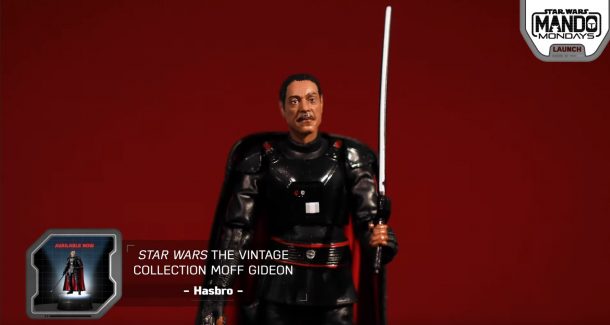 And a closer look at the face sculpt, which looks quite good. 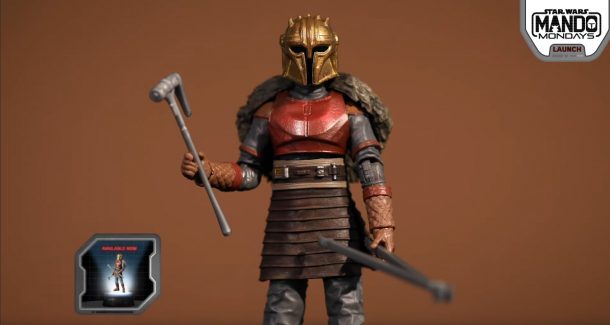 And here is a better look at  the “Din Djarin (The Mandalorian)” figure. This set is not a surprise at all, the only detail that is perhaps surprising is the fact that Din Djarin comes with a removable helmet! He also gets some very useful accessories. 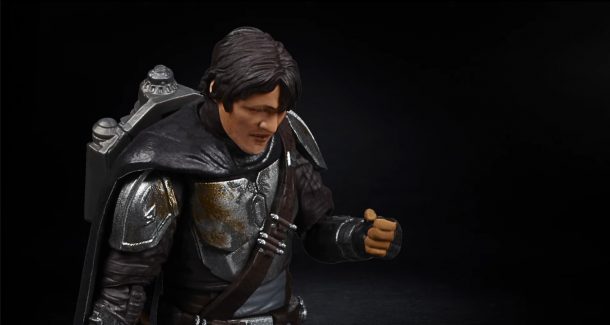 The Vintage Collection Din Djarin (The Mandalorian) without helmet 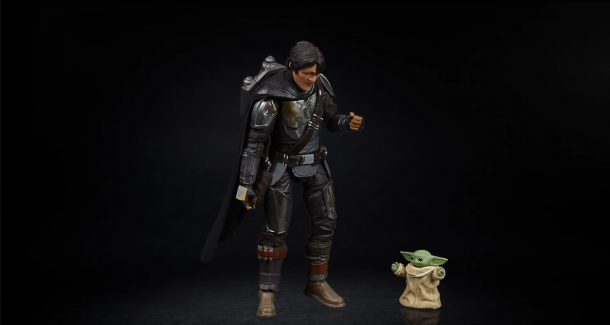 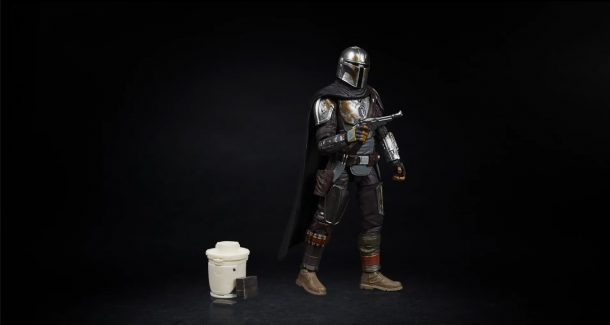 It may be the angle, but something looks a bit wonky about that face sculpt…

The Black Series also had two announcements. TBS will get its version of the Mando build-up pack as well, however the accessories won’t be identical to the TVC release, the TBS version comes with the second version of the hover pram, the tracking fob, several Beskar ingots, the jepack and the Child aka Baby Yoda.

And then there will be a Biker Scout with Speeder bike, which is a repaint of the deluxe release from several years ago. The one new thing is the backpack with Baby Yoda, the backpack can be closed.

So now that I have all the photos let’s take a good look at the TBS version of Din Djarin (The Mandalorian): 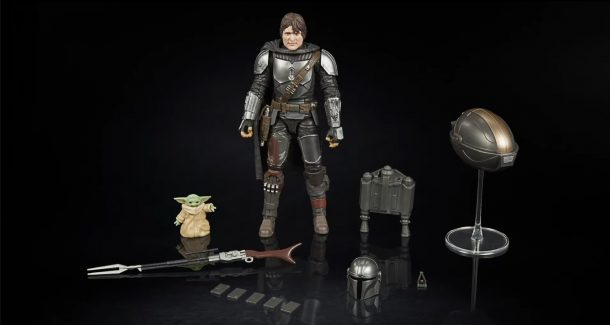 Din Djarin with all of his accessories 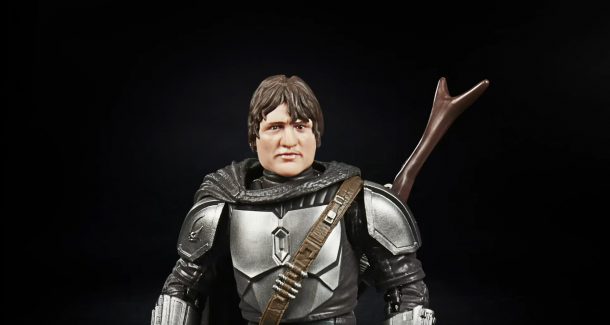 And Din Djarin without his helmet

Again, it may be the lighting, but something looks off about that face sculpt. I can see Pedro Pascal here, but the overall shape of the face seems a bit weird. And the neck seems to be very short. But nevertheless, this is certainly the Beskar armor version of the Mandalorian you need. I am VERY happy I never ordered the regular release a while back. This is the version you really want. It is curious however, that Hasbro opted to give the TVC version the safe (ice cream maker) but not pram, and that the TBS version gets the pram but no safe.

And here’s the repainted Speeder Bike with Scout Trooper: 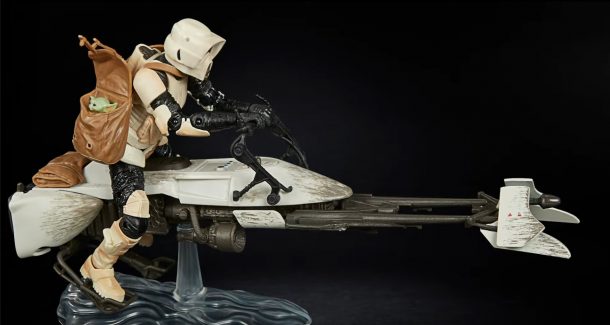 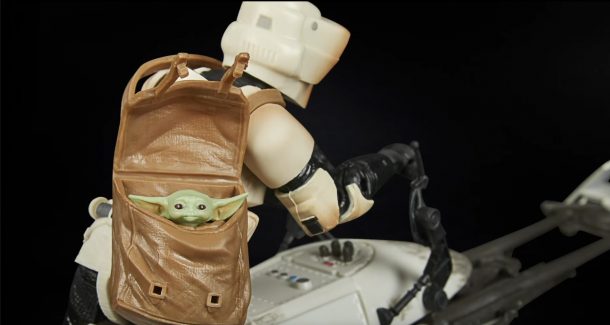 You only get a Baby Yoda head, but no body, the bag can be closed 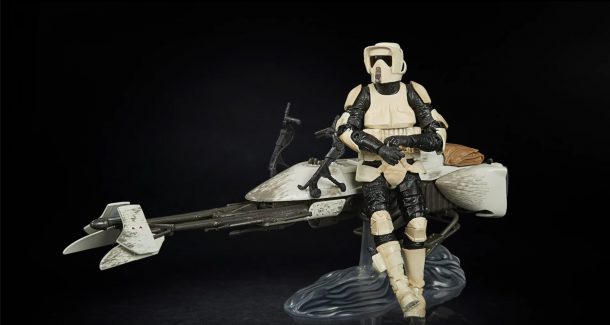 Not pictured here: the target practice prop they used is the second brand new accessory

So what do you think of the figures? Will you get the Remnant Biker Scout? Are you happy about how the Black Series Din Djarin figure turned out? Do you like today’s announcements?