Disney Lays Off 28,000 People. How Much In Trouble Are They?

About one year ago Disney seemed invincible. They dominated the worldwide box office, their theme parks, despite some hiccups because of price hikes, earned them a lot of money, Disney+  launched with much fanfare and everything seemed fine. And then everything changed in 2020. And now Disney has to lay off 28,000 people from their Parks, Experiences and Products division, or about 1/4 of all employees there. Click through for more. 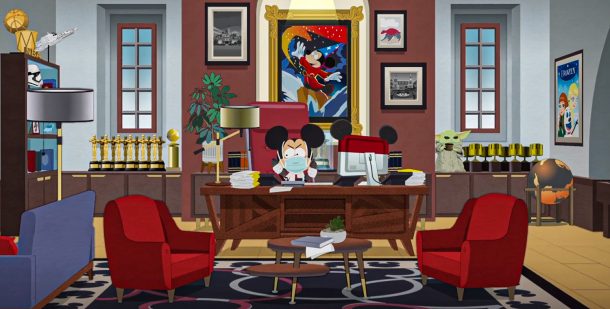 As things are now layoffs were virtually impossible to avoid. While Disney World has re-opened, attendence is below expectations. In California the Disney theme parks are still closed.  And all of this after reporting a whopping $4.7 billion loss in fiscal Q3/2020.

But on top of the theme park woes the movie department is also in serious trouble. Mulan, as far as we know, flopped very hard, even in China people didn’t want to see the movie. New Mutants, originally a 20th Century Fox movie made in 2017 (delayed and postponed several times) flopped even harder. And now the few remaining blockbusters that were supposed to be released later this year, Black Widow and the remake of West Side Story, have been postponed until 2021.

One of the few highlights Disney still has is actually The Mandalorian, which returns later this month.

If things get back to normal in 2021 Disney will certainly recover and hopefully many of the people who were layed off now will get rehired. But a full recovery is not expected by analysts until 2022. And if things don’t get better (which is unlikely!)… even Disney doesn’t have infinite money.
The big question is if consumer behavior has changed for good.  Do people still want to flock to movie theaters with hundreds of other people to pay $30 for some popcorn, a beverage and a movie ticket? Or would they rather wait for the release on a streaming platform so they can watch the movie at home? And no one can say if people will once more flock to theme parks to stand in line for 2 hours to ride an attraction for 10 minutes once the situation is more or less normal again.

So it could very well be a very disruptive period for Disney, if not Hollywood altogether. This could also affect future (Star Wars) movie projects, because if movie theaters fail and the whole current movie distribution and release system is disrupted for good it could become very difficult to produce $250 million blockbuster movies.

What do you think? Are we witnessing the decline of one of Hollywood’s entertainment giants (or maybe Hollywood altogether even) or will Disney come back strong and everything will be roses and unicorns for them once more in 2021 or 2022? Are you eager to go to movie theaters and theme parks again?