The Vintage Collection Is At A Distribution Disadvantage, And Things Need To Change

As you know, Ollie’s stores got multiple case assortments of The Vintage Collection in enough quantity to make a big deal about it and posted the news in their ad the week they went for sale. If you’re a collector of The Vintage Collection, you know that MANY of the figures that arrived at Ollie’s never made their way to brick and mortar stores like TARGET and WALMART. A lot of collectors saw the Rogue One Stormtrooper for the first time at Ollie’s, and on clearance to boot. One of the case boxes from the same Hasbro distribution center went to Ollie’s. And then we have another picture of a Walmart case from Walmart with the local label pulled back for comparison. What we discovered is not unexpected, but still disconcerting. It provides proof of how frustrating the current state of distribution is. Click through for more. 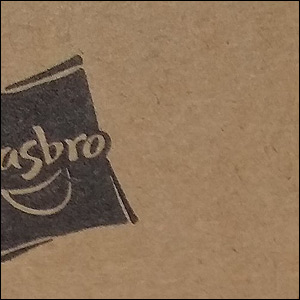 The source for Ollie’s stock is Walmart as evidenced by the image below. As you can see by the shipping label below, these figures came straight from Walmart’s distribution center in Pennsylvania to Ollie’s warehouse. Why didn’t these action figure assortments, at the very least, go online? Why didn’t stores with no Star Wars TVC stock for months to years get these case assortments? You almost need more than two hands to count how many TVC case assortment s haven’t arrived in retail since The Vintage Collection’s re-release now.

This is not necessarily Hasbro’s fault, but why is retail only getting the repack and repaint waves, the ones they said don’t impact what brick and mortar allot for their stores? And what about that hint they dropped that we need to get TARGET and WALMART to order more units so they can do more with The Vintage Collection? WHat’s the point if a retailer like WALMART doesn’t even open up the case and get the units distributed? And what’s the use if TARGET pulls them from the pegs and gives them to Goodwill?

It’s a sad state of affairs. To add salt to the wound, the “Fan Channel” case assortments like the Darth Maul/Wicket wave or the General Lando/Han Bespin wave, that Hasbro promised would not be coming to brick and mortar, are the only figures that do arrive at retail now. And to see something like this distribution nightmare below speaks volumes that something is very awry with the current replenishment system. For the record, JTA has complained about the current replenishment system since the Golden Age of Collecting. Will this never end?

I don’t know about you, but I am tired of getting TVC action figures with poorly applied Photo Real deco. A decade ago I could root through four or five units of the same figure and pick the best of the bunch. Now I am stuck with what I get shipped online. Is the goal to make The Vintage Collection an online exclusive again? Because that’s exactly what it’s been since it’s 2018 re-release. I’ll concede that having TVC behave like a Fan Channel exclusive (I mean, come on, does it feel like a general marketplace release to you?) is better than the Walmart exclusive 3.75″ line, but none of the “good” figures arrive at retail or hang on pegs long enough to make a difference.

This, of course, is really just the tip of the iceberg. The Vintage Collection has so many other issues. For every excellent all-new sculpt, we have to sift throughout about two dozen repacks or repaints or months without anything. We have a brand new Sail Barge vehicle, and there haven’t been any new characters to populate it, old or new, since a few months after its release. It’s depressing. Where are the teases and announcements of more “Kenner 96” figures, after Hasbro promised us it would be a focal point for TVC? I am grateful beyond comprehension for the Power Droid, but, Hasbro, you must keep that momentum going strong. Where are the others like Sy Snootles (puppet version), Bespin Security Guard, and all of the others that need a first-time entry into The Vintage Collection? And now we have to see “carbonized” figures in the line? What gives?!

Oh, and while I am complaining, how about pre-selling a COMPLETE wave of new TVC figures, Hasbro? I’ve never seen anything more ridiculous than trying to pre-order a new case of The Vintage Collection figures at Entertainment Earth where 50%-75% of the case assortment is redacted. Also, do you know how embarrassing it should be to Hasbro as a company to not even reveal two figures of a case assortment that’s already arriving at retail? (i.e. Hondo Ohnaka and ARC Trooper Fives)? I’ve had a half dozen of each on pre-order at Amazon for almost six months now.

Let Hasbro know how you feel about this. Use the hashtags below and let them have it!

Your thoughts are appreciated in the comments. Thank you! 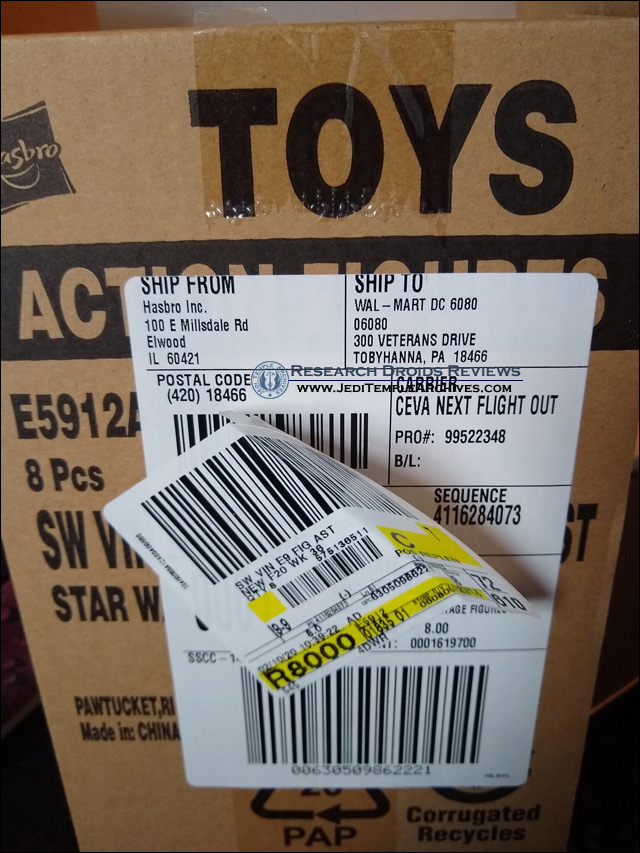 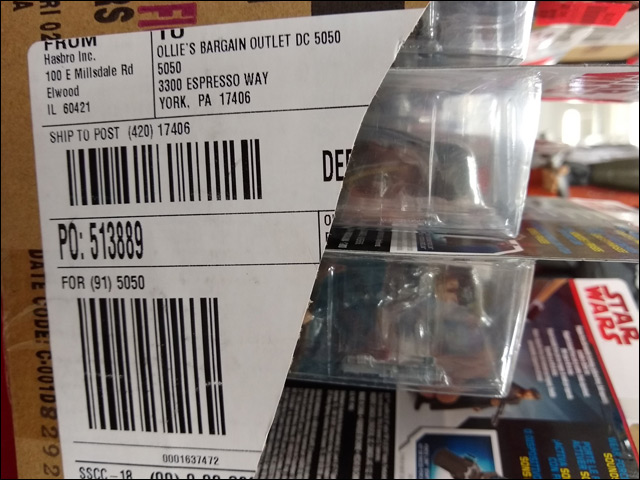