This Story Might Push TVC Collectors Over The Edge: Hard-To-Find Figures Coming To Ollie's For A Couple Of Dollars Each!

Our Research Droids intercepted one of the most disconcerting images we’ve seen in a LONG TIME. The Vintage Collection collectors are sick of the way Hasbro is treating the brand. We’re exhausted never finding any new figures on the shelves. We become ill over role-playing items and kids’ lines reaching store shelves without a hitch as they sit and collect dust the entire season, yet the collector-focused 3.75″ line rarely makes an appearance. We’re defeated when we see figures arrive at discount outlets when they never hit retail for a chance to sell at the standard MSRP. And now? Well, we have a picture of Ollie’s ad for this week. And right in the center of the advertisement is one of the hardest-to-find TVC “2.0” figures and one of the most expensive on the aftermarket. Click the thumbnail image below, and make sure you’re sitting down, or have a barf bag, or some medication close by. (more….) 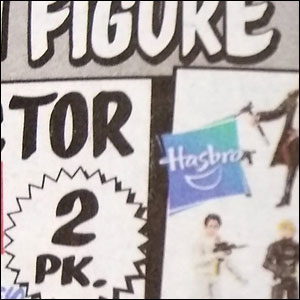 Yup. You saw that right. The featured TVC figure is the impossible to find Imperial Combat Tank Commander which fetches close to $80.00 on eBay, never hit Walmart or TARGET, and requires multiples to pilot the Tank from Rogue One. How ‘enraged’ does this make you? At the very least it might make you want to throw in the towel. This wave of figures NEVER had a chance at retail, and now it’s headed for closeout. This rare figure and others will cost a couple of dollars to some scalper that can be at Ollie’s every morning. Hasbro and retail MUST work in unison to get their acts together.