A D23 email that is going out to club members today is featuring an image that shows a yet unannounced Black Series Star Wars figure. You have to squint a little bit, so I upscaled the photo (make sure to click on it for the full size). You can clearly see a red First Order/Sith Trooper with a cape standing behind the TVC Millennium Falcon. Is that a yet to be revealed all new Black Series figure? It looks like a straight Captain Phasma repaint, yet another exclusive figure maybe? Would you add the red Sith Trooper with cape to your collection? Thanks to reader JP for the alert!

UPDATE: I apparently suffer from amnesia, since the figure in the photo is Captain Cardinal from the tv show Star Wars Resistance and was revealed quite a while ago. I watched each episode of the show, somehow I have a hard time remembering Captain Cardinal, I even forgot about the announcement of his upcoming figure. What did Captain Cardinal do again? Anyway, nothing to see here, move along, move along!

UPDATED UPDATE: there’s a reason I don’t remember seeing Captain Cardinal in Resistance… he’s not in the series, he’s a character in a book. Please excuse me now, I am busy digging a hole I can disappear into. 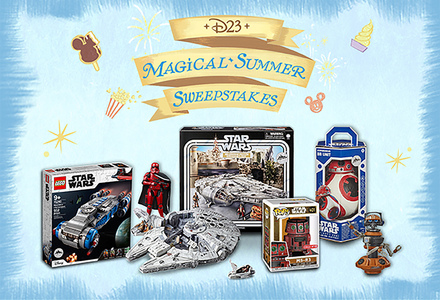