There Will Be A Lego Star Wars Holiday Special On Disney+

Yes, this is no joke. Disney+ will air a Lego Star Wars Holiday Special on November 17th! Click through for more! 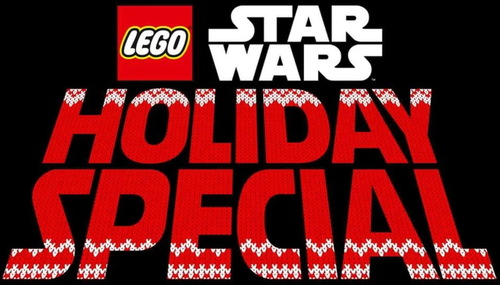 USA Today broke the story yesterday and their article has a few more details that should give us a broad idea of what to expect.

The Lego Star Wars Holiday Special will be 45 minutes long and it is set after The Rise of Skywalker, when Rey, Finn, Poe Dameron and friends come together to celebrate Life Day. Some (but apparently not all) original actors reprise their roles. It will be interesting to see if Oscar Isaacs, Adam Driver and especially John Boyega will voice their characters. My guess is “no”, unless John Boyega wants to get “disney-plussed” after all.

According to executive producer Josh Rimes:

We wanted to give a wink and a nod to the original, adding the new 45-minute holiday special was inspired by “It’s a Wonderful Life,” “Planes, Trains and Automobiles,” “Christmas Vacation” and old Burl Ives musical cheer.

Rey and BB-8 will explore a “mysterious Jedi temple”, and will be sent careening through space and time. And Rey will meet various famous Star Wars characters, among them a young Luke Skywalker who is apparently still living on Tatooine. So it seems very likely that we will get to see the Worlds Between Worlds again, the concept first introduced in the last season of Rebels.

Executive producer Josh Rimes has this to say about Rey and Luke:

It becomes a much different take on a teacher and apprentice with the more seasoned Rey and a younger Luke.

Will you be checking out the Lego Star Wars Holiday Special? Are you looking forward to hearing Daisy Ridley sing (if she voices her character)? And could it ever be better than Carrie Fisher’s Life Day song from the original Holiday Special?

USA Today has the full story with some more details.