Would You Want Star Wars Movies With CGI Actors?

A rumor is making the rounds that Disney is looking into the possibility of making CGI Star Wars movies and that Mark Hamill has already signed away his digital likeness rights, so that Disney could make an all new Star Wars movie with a CGI Luke Skywalker. I don’t really want to talk about the rumor itself, it does not matter whether that particular rumor is true or not. Because the idea itself, movies with digital actors, will certainly gain traction in Hollywood in coming years. So today I want to talk about your thoughts and feelings about potential future Star Wars movies with digital recreations of original trilogy characters as main characters. In my opinion it’s only a matter of time before we get there. So click through for a discussion!

A digital Tarkin in Rogue One

Computer Generated Imagery has made great advances over the years. Jar Jar Binks was one of the first (more or less) photorealistic CGI main characters, it cannot be overstated how much George Lucas broke new ground when he filmed the prequel trilogy. A few short years later Gollum in The Lord of The Rings would reach new levels of realism.

Ever since then mostly digital or all digital actors in movies have become a staple of modern blockbuster cinema. And even though we have not reached perfect realism yet we have come very close.

Most of the time a real person is still on set and merely the face/head is later replaced by a digital model. Grand Moff Tarkin was created this way for Rogue One and Rachel in Blade Runner 2049 is yet another example where merely the head was swapped in post production.

But CGI has also made other great advancements when it comes to recreating reality. “Live action” movies like Lion King were almost 100% digital, according to Jon Favreau he merely sneaked in one actual shot of the setting sun into the movie, whereas everything else is 100% pixels.

Almost nothing you see here is real

For Captain America Civil War they faithfully recreated the airport Leipzig/Halle in Germany. Reference material was shot on location, the location you see in the movie where Captain America and friends have a slight disagreement is 100% digital however, not even talking about the all digital superheroes here like Iron Man, Spider-Man or Black Panther (when in costume). All things combined virtually everything in this scene is CGI.

I think it’s inevitable before Hollywood will try to use more dead or rejuvenated versions of older actors. Think of the possibilities: there could be new Indiana Jones movies with the one and true Indiana Jones, set in the 1930s. There could be more classic James Bond with Sean Connery. We could get a Star Wars movie set shortly after Return of the Jedi, with a young Luke Skywalker. 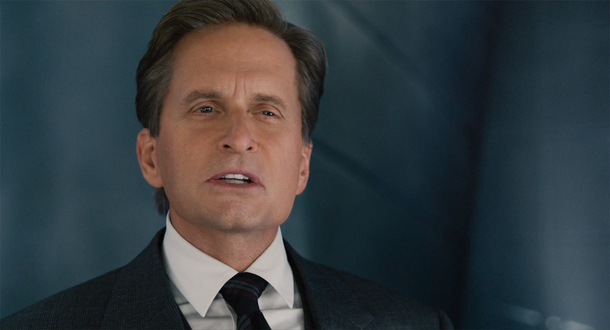 Add new advancements in studio tech like “The Volume” they use on The Mandalorian and Hollywood could more or less abandon all outdoor locations and simply shoot everything on a sound stage. Or, if you go the Lion King route, ditch physical sets entirely and make everything digital.

As things are now actors have a sell by date, you can only be Captain America, Indiana Jones or Luke Skywalker for so long before you run into serious problems. If either the actors or their estates still get their share of the profits it could actually be a great way for aging actors to stay relevant, they can perform in movies they would no longer be able to make otherwise, due to age or health.

In my opinion it is only a matter of time before we get photorealistic digital actors as main characters and mostly digital movies (most modern blockbusters already are mostly digital anyway), there are too many advantages for the movie industry. So where do you stand? Are you looking forward to the prospect of getting new movies with digital actors or would you rather move forward and get new movies with new flesh and blood actors and leave the past behind? Would you rather have Star Wars with a young, but digital Luke, Leia and Han or completely new adventures with actual human beings as actors?