Hasbro Pulse updates their blog with a history of the various snowspeeder and pilot toys they produced throughout the years. However, they made a big blunder when they reference 2009’s Legacy Collection Luke Skywalker (BD51) figure as the first “snowspeeder pilot” Luke Skywalker action figure. They write “It’s worth mentioning that until 2009, no Luke Skywalker Snowspeeder pilot figure had ever been released. We had Dak Ralter from 2002’s The Power of the Jedi, and Zev Senesca from 2006’s The Saga Collection, but no Luke. This changed with his addition to The Legacy Collection.” No, this is very incorrect. The first version came in 1995 as Luke Skywalker (In X-wing Fighter Pilot Gear). It had the wrong name, but the right outfit. Then they included an updated version of this figure in 2002’s POTJ Luke Skywalker’s Snowspeeder exclusive set. They even mention this release in the blog but neglected to acknowledge the Luke Skywalker figure included with it. Last but not least, Hasbro added a kit-bashed version of Luke Skywalker in the snowspeeder outfit in 2007’s TAC The Battle Of Hoth Ultimate Battle Packs set. (which coincidentally is the only version of Luke Skywalker with correct mismatched orange pants and jacket)! Come on, Hasbro, we’ll gladly proofread your historical accounts for you! See the write up HERE. 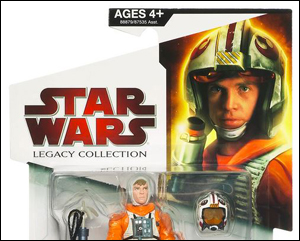 Next Article: Would You Want Star Wars Movies With CGI Actors?