While Hong Kong is far away it may be of interest that Disney will have to close their Disneyland in Hong Kong once again. It had only re-opened about a month ago, but a surge of new Covid-19 cases in the city, 52 on Sunday, to be precise, resulted in renewed social distancing measures ordered by the local government. Disney will have to close the theme park on July 15th. Meanwhile, re-opening plans for Disneyland in Anaheim, which was meant to re-open in July (just like Disney World in Florida) were postponed indefinitely, actually, California announced a new lockdown on Monday. That leaves Disney World in Orlando for those mouse enthusiasts who like to live dangerously.
Disney depends a lot on revenue from their theme park division, it was 26 billion USD in 2019, which is almost 44% of total revenue. And without any meaningful revenue from movies or cruises, Disney doesn’t have too many sources of revenue left, licensing, merchandise, TV networks, and Disney+, although the streaming service won’t generate any profits for years to come.
It may actually be a long time before theme parks open again across the world or can operate at full capacity, which makes revenue based on merchandising and licensing all the more important, even though it’s only a modest source of revenue usually for Disney. Disney will release their numbers for the quarter in early August. Analysts believe net loss for the quarter may be about $1.4 billion USD. That’s a lot of Star Wars figures Hasbro would need to sell extra to make up for the missing theme park profits… 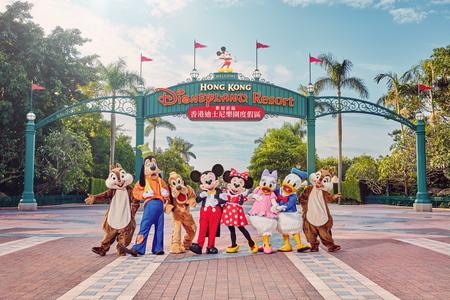 Mickey, Minnie and friends will have to wait for visitors

Next Article: Sequel Trilogy: The Gift That Keeps On Giving (With Deep Discounts Too!)