You want a Razor Crest from The Mandalorian? LEGO will gladly sell your their brand new Razor Crest set for $130! The set was revealed a while ago, but is still included in the announcements for the new wave of sets. Release date for the Razor Crest is September. But there are also actual brand new sets: Clone Wars fans get a season 7 Ahsoka Tano with an Armored Assault Tank. Click through for all the officially revealed new Star Wars Lego sets! 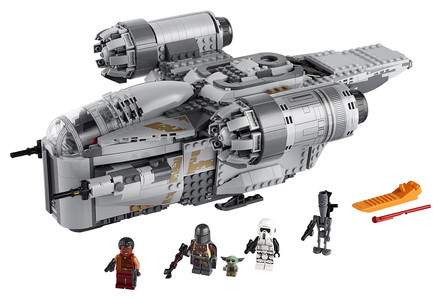 The Razor Crest, and yes, there is a Lego Baby Yoda!

Here are all the new sets, not all of them are brand new, some are just updated versions of previous sets, the Razor Crest was revealed a while ago, but is still included as “new”.

So first, the Razor Crest, a set with 1,023 pieces and a MSRP of $130, which was officially revealed a while ago but is still included in the announcements of the new wave of LEGO Star Wars sets: 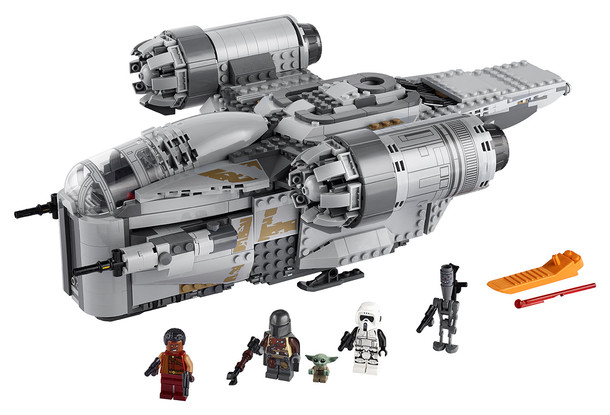 The set comes with The Mandalorian and Baby Yoda aka The Child, Greef Karga, IG-11 and a Remnant Scouttrooper. Release date is September.

Another highlight may be the brand new Armored Assault Tank set with Ahsoka: 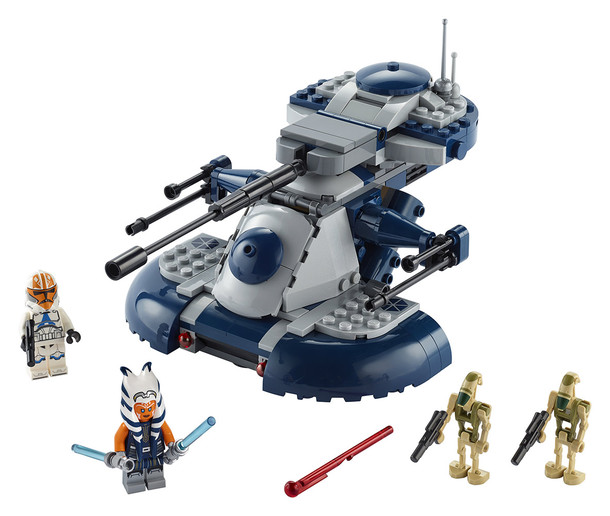 The set has 286 pieces, comes with TCW season 7 Ahsoka (certainly one major reason to buy the set) and one trooper wearing her colors, plus two Battle Droids. MSRP is $40.

You can also get a new set with 501st legion Clone Troopers: 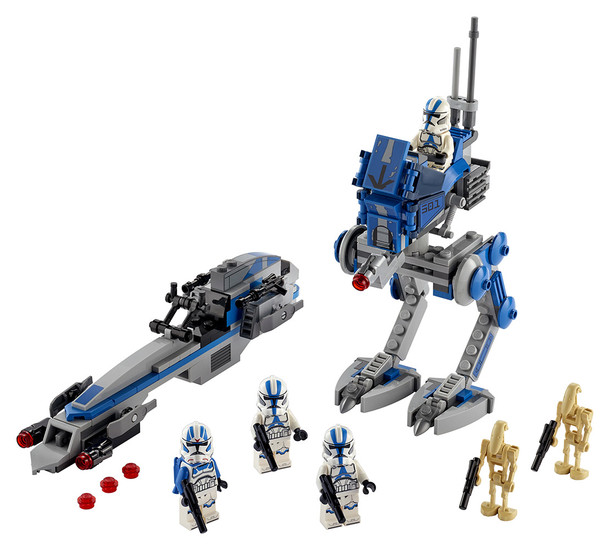 This set has 285 pieces, comes with four Clone Troopers and two Battle Droids, and the AT-RT walker and BARC speeder.

The Clone Wars gets more support from LEGO with Anakin’s Jedi Interceptor and General Grievous’ Starfighter: 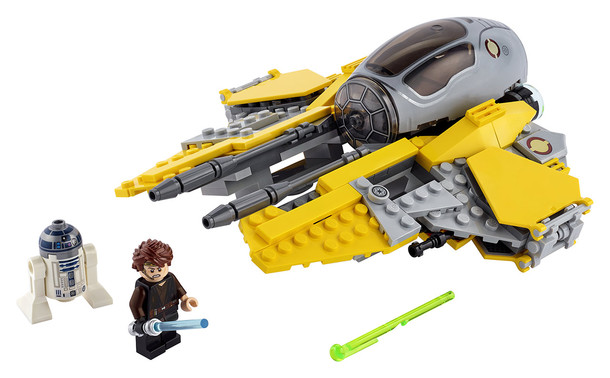 This set has 248 pieces and comes with Anakin and R2-D2. MSRP is $30. This is an updated iteration of the previous version. 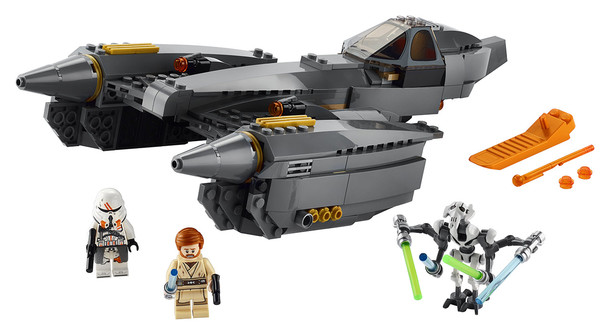 General Grievous and his Starfighter has 487 pieces, the set comes with three minifigures, General Grievous of course, then Obi-Wan Kenobi and an Airborne Clone Trooper. MSRP is $80 and it’s once more an updated version and not actually brand new.

LEGO also release a new version of the AT-AT in time for the 40th anniversary of The Empire Strikes back: 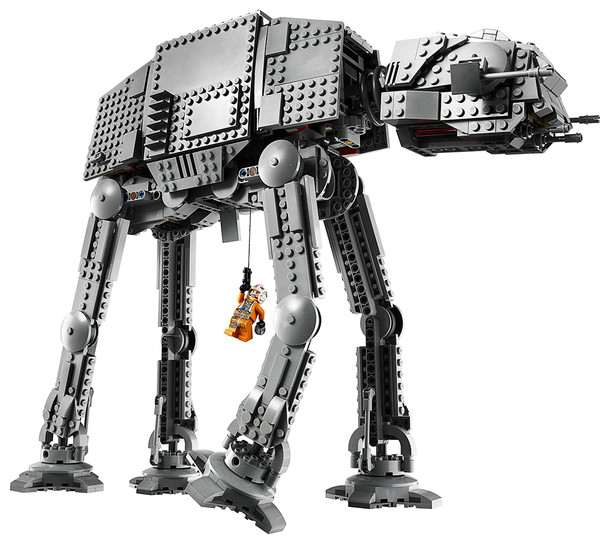 This is one of the larger sets of course, it has 1,276 pieces and comes with six minifigures. Luke Skywalker, General Veers, two AT-AT drivers and two Snowtroopers. A speeder bike is also included.

And then there will be an updated version of the Death Star Duel set, which has an MSRP of $100. 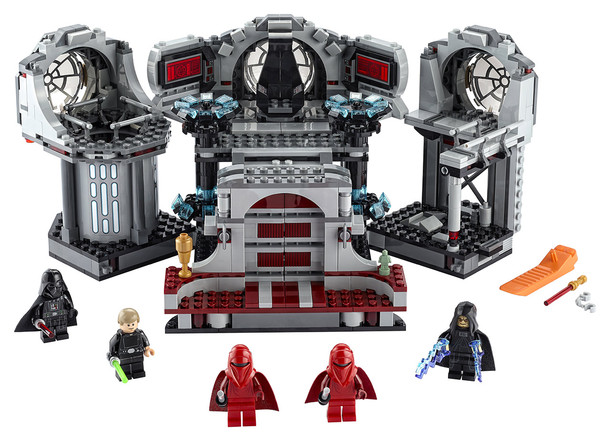 The set comes with Luke, Emperor Palpatine, Darth Vader and two Imperial Guards. The set has new stickers and some other tweaks compared to the previous version. It has 775 pieces.

Maybe you remember that we also had a new movie back in December, LEGO will give fans of “The Rise of Skywalker” one brand new set! 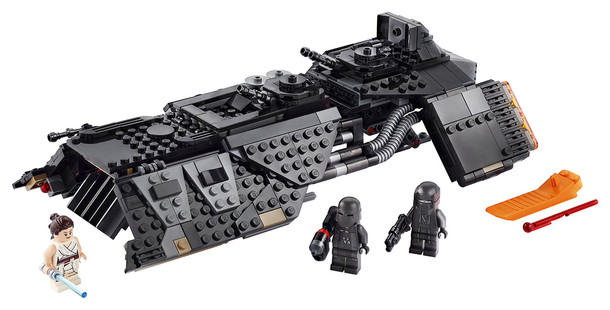 And the final all new set is inspired by Galaxy’s Edge! 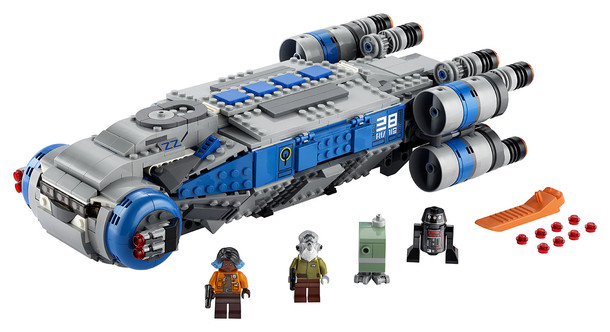 The Resistance I-TS Transport includes four minifigures, Vi Moradi (the main character of Galaxy’s Edge, in case you wonder who that blue haired minifig is), Lieutenant Bek and then an astromech and a power droid, who are all found at Galaxy’s Edge as well. The set has 932 pieces and MSRP is $99.99. It will be available on LEGO.com, it’s not a park exclusive.

So these are all the brand new sets, Clone Wars fans get a few highlights, it remains to be seen if the updated versions of previous sets will be successful. I bet the Razor Crest will be a huge hit.

Will you pull the trigger on some or even all of these sets?

Next Article: If Hasbro Announces Another TVC "Kenner 96" On Monday, Who Do You Want It To Be?