Variety broke their exclusive story earlier today: Disney will release the 4K version of The Empire Strikes Back in the UK. Cinemas will re-open in the UK in July and since there is a lack of new titles, with releases postponed and productions shut down, the 4K version of The Empire Strikes Back is meant to help give UK cinemas a boost. According to Variety a couple of Disney 4K titles are offered to UK cinemas, but for Star Wars fans in the UK the 4K version of The Empire Strikes Back may be the one compelling reason to venture into a movie theater again. No word yet if other European countries will also get the movie, Germany and France come to mind immediately, as the two other huge Star Wars markets in Europe, but it would be odd if only cinemas in the UK receive some support from Disney.

So, fans in the UK… will you buy a ticket to see the movie? Or will streaming the 4K version on Disney+ do it for you? Without a mask. Without people checking their smartphones every few minutes. It will certainly be very interesting to see if cinemas can make a comeback. Movie studios certainly still need movie theaters, at least for the time being, since it’s doubtful streaming could compensate for the lack of box office. We’ll see if things return to normal again this summer. Maybe some of the library titles can help overcome the lack of new releases. 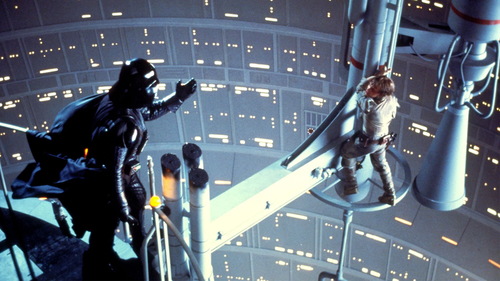 Luke tries to keep his distance, even though Vader is wearing a mask

Previous Article: What If.... Playmobil Had A Star Wars License

Next Article: Hasbro Fan First Livestream On June 22nd With Some TVC News!