There’s a lack of products celebrating the 40th Anniversary of The Empire Strikes Back for collectors of The Vintage Collection. Since Hasbro is very fond of repacks, how about they re-released 2010’s Star Wars [Shadow Of The Dark Side] Bespin Cloud Car (which to date has never been offered in The Vintage Collection packaging), and then re-release 2010’s TVC Rebel Armored Snowspeeder (a former TARGET exclusive) or a variation of it again (based on the 2010 Star Wars [Shadow Of The Dark Side] Luke Skywalker’s Snowspeeder vehicle). We need more vehicles in the line, and these both are worthy candidates to consider for the Fall/holiday season. Imagine a Cloud Car Pilot variant carded pack-in figure (with a different head) and the TBS [P1] Wedge Antilles (Snowspeeder Pilot) with Photo Real and carded pack-in figure and the selling point premiums! 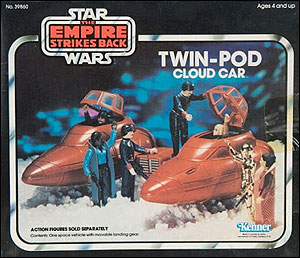 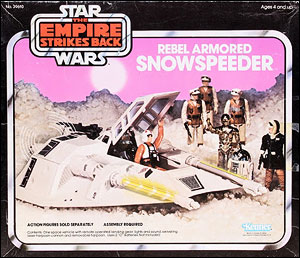