In a disconcerting and troubling move, Disney’s Galaxy Of Adventures’ latest installment recreating the Battle of Hoth removes General Rieekan from the story and promotes Princess Leia to a general without explanation. (Well, unless this is explained in a Disney Star Wars source I don’t know about.) What is going on over there? It seems that everything from The Empire Strikes Back would be preserved to celebrate its 40th Anniversary accurately. Is this the new canon for The Empire Strikes Back now? No General Rieekan? Determining what is canon and what isn’t when stories are conflicting with one another is creating a complete mess. 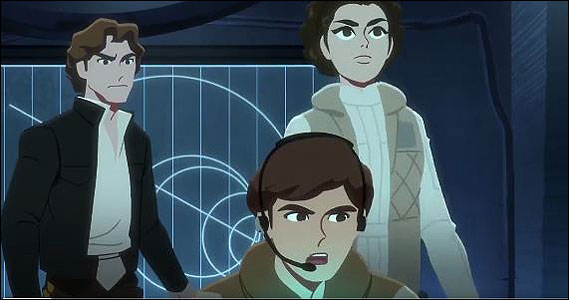 Previous Article: What Do You Do With Your Black Series Boxes And Vintage Collection Cards?