In 1983, Mexico’s Lily Ledy toy company released a line of Return Of The Jedi action figures under the La Guerra De Las Galaxias: El Regreso Del Jedi line look. This range of Lily Ledy Star Wars figures is interesting for two specific reasons. Firstly, the original 1978 versions of R2-D2 and C-3PO were released in this lineup. Secondly, for each figure, Lily Ledy chose a never-before-utilized Lucasfilm reference image of the characters and these images were used nowhere else in the Star Wars toy line (for any other company including Kenner and Palitoy). Featured on 30-Back, the reverse of the card back features hand-drawn images of the line of 30 action figures in addition to a few other related toys including the Millennium Falcon and Jabba the Hutt. 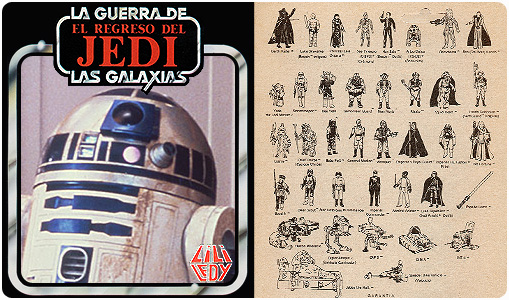 Next Article: Funko Feels The Global Pandemic, Star Wars Is A Top Performer Though