The ongoing pandemic impacts all our lives. Some may lose their job, many may get less money than before in the next few weeks or even months. Furthermore, in times of crises other things may become more important. Or maybe your partner will frown even more now than before when you spend lots of money on little plastic people. So the big question today is: will the ongoing events have an impact on your Star Wars collecting habits? Click through for a discussion! 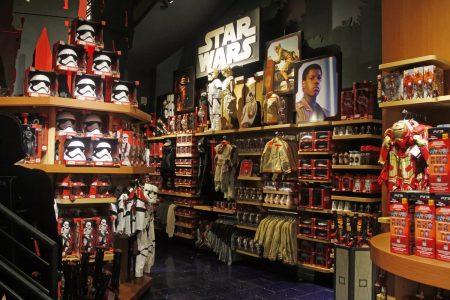 In light of the recent figure reveals I wondered how many people may actually pre-order or buy them, or if the (until recently) thriving action figure segment may shrink in 2020. Not just because there may be some shortages because of production issues in China, but because collectors now have different priorities or have to do with less money than before in the foreseeable future.

Star Wars merchandise revenue increased again in 2019 after years of decline. But if many collectors will think twice before buying some piece of plastic that’s not really essential – action figures are luxury items, after all – that may have a serious impact on merchandise revenue in 2020.

I will still pre-order the SH Figuarts Mandalorian and Baby Yoda figures, but I am not sure I need Hasbro’s ESB Darth Vader right now, sure a few buttons and switches have different colors, but the figure is basically very similar to the ANH Darth Vader of which I have two already. Also, he will certainly be released again in the regular red box (Vader is a 40th anniversary release on a vintage card) so I don’t fear I will miss out on him should I change my mind. I would and will pre-order Teebo, but Admiral Ackbar is already much less certain, he looks weird in his vest and more photos are needed, before I would make up my mind and spend money on him.

So what about you? Will things still be the same for you? Or will you hold off on buying some figures and spend less money in the coming weeks and months? What about other lines you collect?

Next Article: Galaxy of Adventures: Rey and Finn vs. Kylo Ren