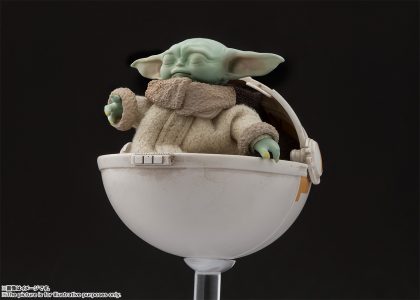 First up, Baby Yoda. Despite his miniscule size he is indeed a single release! SHF goes the Hasbro route here, however, in direct comparison the SHF version is superior in some ways, inferior in others. 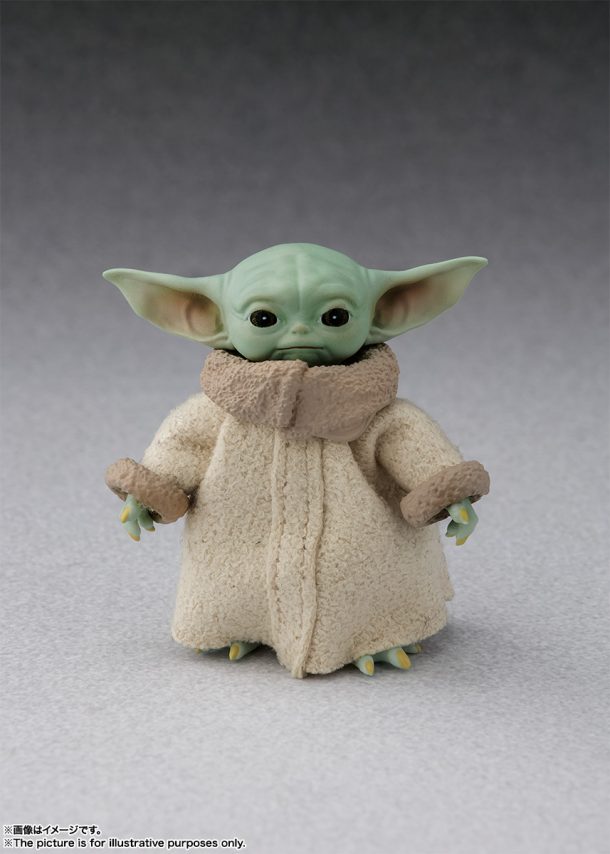 As you can see SHF opted to give Baby Yoda aka “The Child” soft goods. It does look decent in the promo photo! 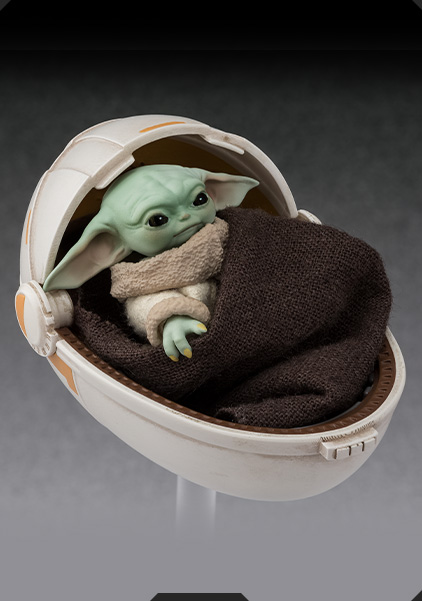 Baby Yoda and his crib

And Baby Yoda comes with his crib, i.e. the first version of the crib. The crib has soft goods as well so Baby Yoda won’t be cold in the night. 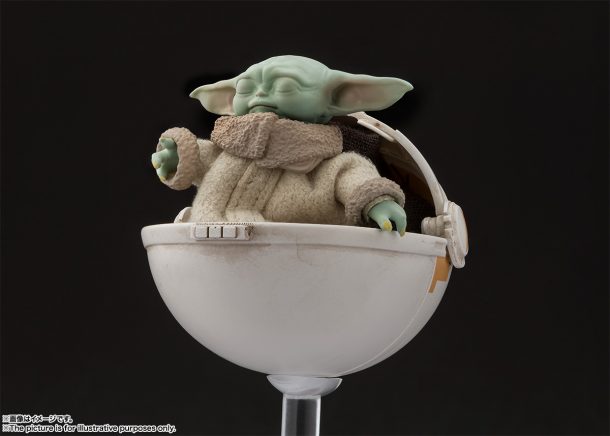 Baby Yoda also comes with an alternate head, so he can properly force choke people he doesn’t like.

And here are all the accessories Baby Yoda comes with: 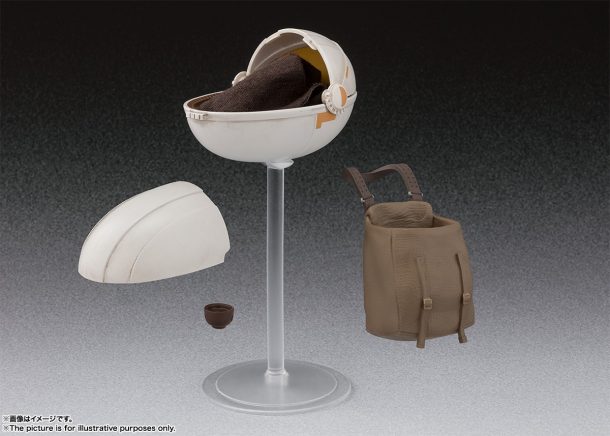 As you can see he doesn’t come with a frog or metal bearing/ball. However, he comes with a carry bag. And the following photo may tell us that SHF has another Mandalorian figure already in the pipeline, it was on display a few months ago already: 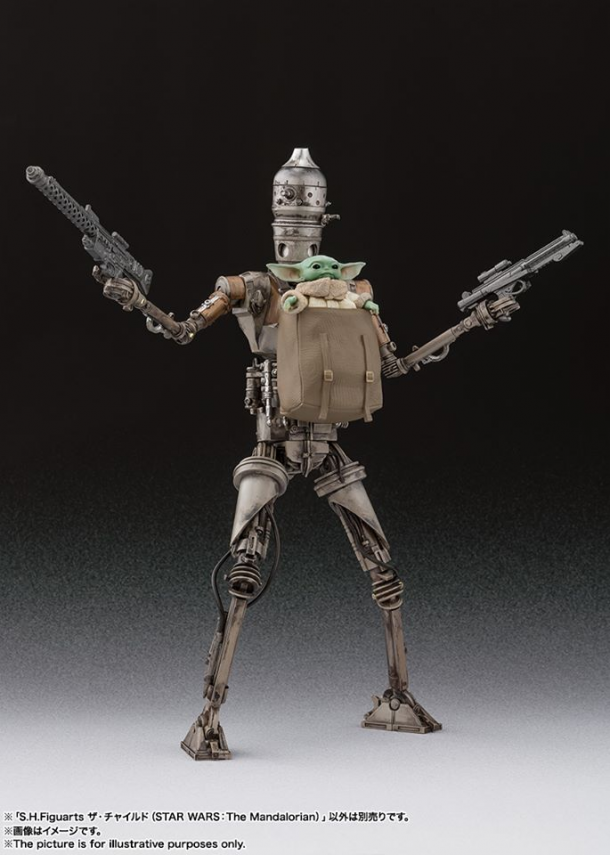 “The Child” aka Baby Yoda is approx. $35. Release is in September 2020! It’s substantially more expensive than the Hasbro Black Series version, however, the figure comes with the crib, soft goods and the backpack which you will most likely be able to use with an upcoming IG-11 figure.

The Beskar Mandalorian is a deluxe figure! He comes with quite a few accessories, mostly blast and fire effects for his various gadgets, weapons and rocket. But most importantly, the helmet has the proper size and is not too small! 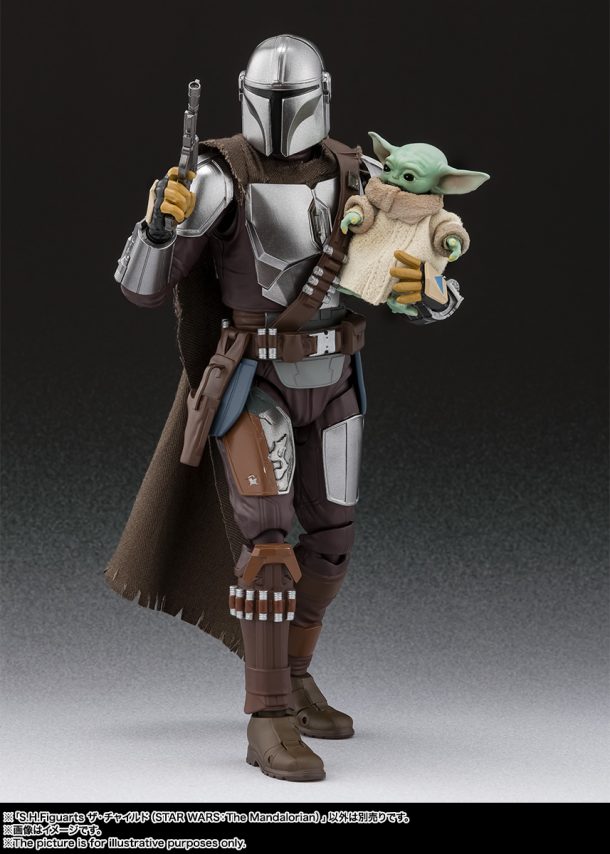 In my opinion this looks really great. As usual SHF went for a clean look, let’s say this is the Beskar Mandalorian minutes after he had his new armor forged. The cape is soft goods. 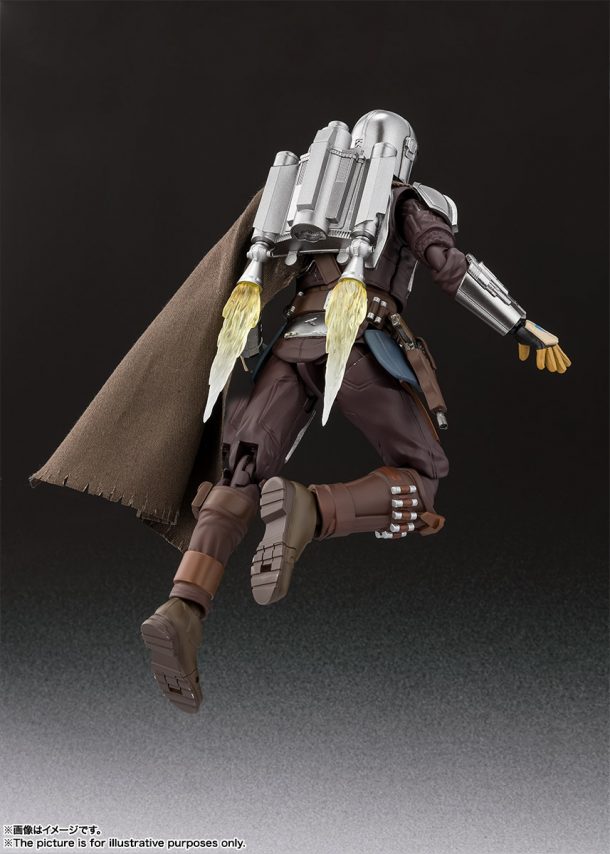 Effects for his jetpack are included. 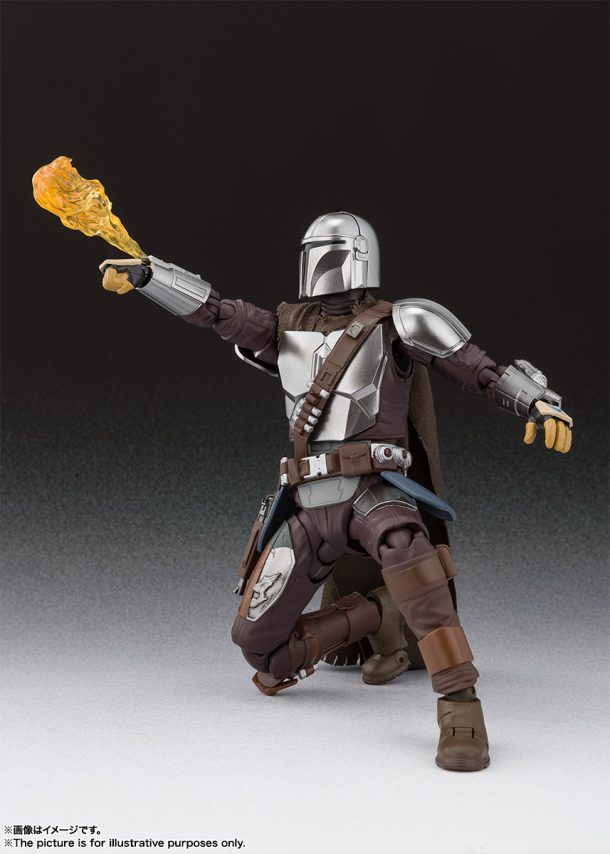 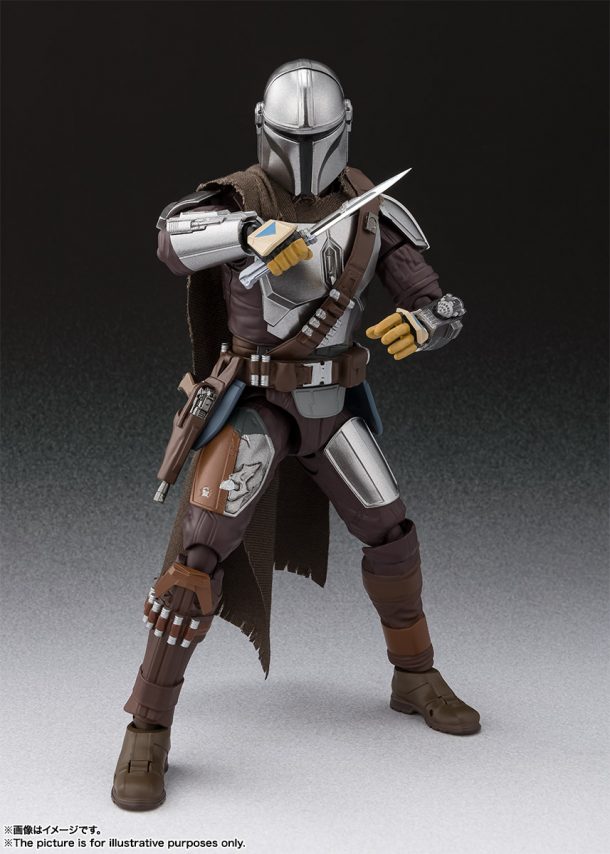 The vibro blade is also included

The Beskar armor Mandalorian will be approx. $71 and is also scheduled for a September release. This is a hefty price tag. The question is when Hasbro will release their version of the figure.

Will you pre-order any of the figures? Or will the Hasbro version of Baby Yoda do it for you? And while Hasbro has no Beskar armor Mandalorian at the moment I suppose it’s only a matter of time until they announce their version. But SHF usually gives you a premium experience, the figures have crisper details and come with more accessories. In the end every collector needs to decide if the accessories and the more premium materials are worth the extra cost.

I will pre-order both figures. I like the SHF aesthetic. What about you?