Rosario Dawson Will Be Ahsoka Tano In The Mandalorian

According to an exclusive report by Slashfilm Rosario Dawson will portray Ahsoka Tano in season 2 of The Mandalorian. Rosario Dawson has extensive genre experience, she was cast in various Netflix Marvel shows and one of her more recent feature films is Zombieland Double Tap. Read more after the break! 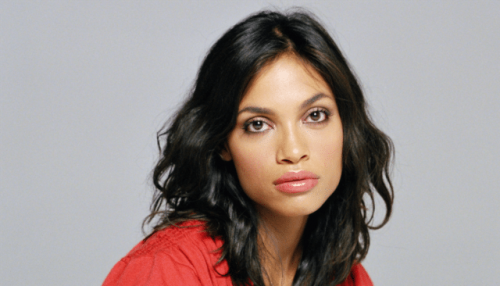 The Mandalorian has wrapped filming already and is currently in post production. Rosario Dawson must have been cast weeks or even months ago if the Slashfilm report is accurate. So Lucasfilm managed once again to keep things under wraps for quite some time as far as The Mandalorian is concerned.

Rosario is certainly a good choice for the character, once they apply all the necessary make-up to her she should look pretty much like a real life adult version of Ahsoka, you can even see the resemblance without the make-up. But of course her voice will be vastly different.

If I had any say I would have Rosario play the character, but Ashley Eckstein would provide the voice in ADR. Her voice performance has been an integral part of the character. So while Ashley may not necessarily look like Ahsoka, she, in many ways, is Ahsoka. It will be interesting to see which route Jon Favreau and especially Dave Filoni chose. Star Wars has a long history of using voice actors for roles, so it may not be completely unreasonable to assume that they at least considered it. But my guess is Rosario will also voice the character since she’s an A-List actress. They wouldn’t hire her if she didn’t also provide the voice. Otherwise, some lesser-known actress might have gotten the job.

Another big question is what Ahsoka’s role will be. It’s probably safe to assume that she will be somehow involved with Baby Yoda.

So what do you think of the casting choice? Are you excited for live-action Ahsoka in The Mandalorian? Should Ashley Eckstein still provide the voice?

Next Article: Galaxy of Adventures: Leia Organa - A Princess, A General, A Mentor