While NY Toy Fair was gut-wrenching and devastating to most, the announcement of the Lars homestead EG-6 Power Droid was such incredible news for me. I was so excited it was confirmed (it’s been hinted by my sources for over a year and a half now), that I didn’t care that Hasbro phoned it in for the rest of The Vintage Collection reveals. We’ve posted nearly half a dozen front-page articles whining and moaning how Hasbro has NEVER updated the vintage Kenner Power Droid figure in the modern line. It only took them years, but I could not be happier that the modern definitive modern update to the vintage Kenner Power Droid is finally here. (Be prepared for more whining and moaning for the few others yet to be made too in the near future.) (more….) 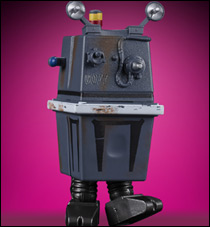 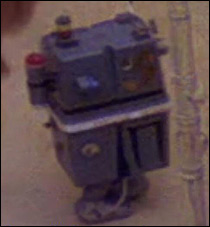 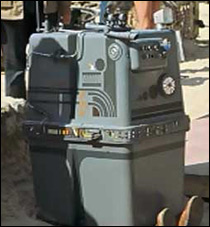 It looks like Hasbro NAILED the detail of the TVC EG-6 Power Droid perfectly. From the white belt around its middle to the colorful buttons and gears, it appears Hasbro paid close attention to the on-screen prop. I know things get murky with the vintage Kenner line. Many figures are amalgamations of multiple characters, or partially screen-accurate and then not screen-accurate. But from what I know, the “face” of the vintage Kenner figure is based on the one seen on the streets of Mos Eisley (third image above). (Notice the white dial on the “face” which resembles what is found on the decal of the 1979 release.) My question to you is, do you want to see the Mos Eisley EG-6 now that we have a definitive sculpt? Whatever happens, it’s phenomenal that Hasbro will no longer try to sell us a GNK Droid when we want an EG-6 Droid. We now have the proper tooling.