Several reports came in yesterday evening that Lucasfilm is developing a new Star Wars live action project and have hired writer/director J.D. Dillard and writer Matt Owens for it. Click through for more details! 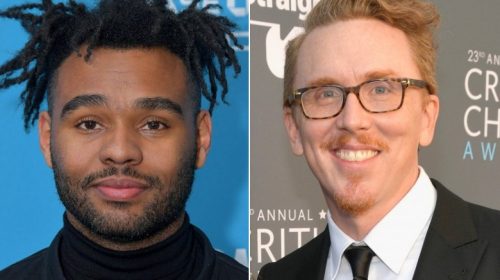 According to the Hollywood Reporter, which broke the story first, two people were hired to develop the project: director/writer J.D. Dillard and writer Matt Owens. Both are still relative newcomers, with only a couple of credits. Dillard is best known for directing and writing the movies “Sleight” and “Sweetheart” and Owens was a staff writer for Agents of S.H.I.E.L.D. and the Netflix Series Luke Cage. So both of them have some experience with the SciFi and horror genre.

Dillard is a protegé of JJ Abrams, Dillard used to work as a receptionist for Bad Robot, where he caught Abrams’ attention. Dillard went on to make the festival darling “Sleight” and later “Sweetheart”, both received glowing critical praise but user scores for both movies are very low, Sleight only has a 5.9 on IMDB and Sweetheart 5.7, Rotten Tomatoes is very similar here, where Sweetheart has a 94% professional tomatometer but merely 45% from audiences. Sleight received a limited theatrical release and made $4 million at the box office, Sweetheart was a straight to digital movie. The question is if that bodes well for any potential Star Wars project.

Dillard also played a Stormtrooper in The Rise of Skywalker. It’s tradition for JJ Abrams to include his friends and buddies in his movies in small roles.

Matt Owens has only worked on tv shows so far, however, his credits include the very high profile series Agents of S.H.I.E.L.D. and Luke Cage. His latest project is the Netflix series “One Piece”, which is a live action adaption of a Japanese manga about a pirate.

My opinion: with Lucasfilm’s track record I would not put too much weight behind this news. Chances are one or both of the writers will get fired/replaced or the project may even be cancelled outright.

But one thing is certain, with Bob Iger’s recent statement that Star Wars will put its focus on Disney+ for the time being, more new shows will be developed. Chances are Lucasfilm is pursuing all kinds of projects here, with not all of them will make the cut, so it’s not clear at all if a Dillard/Owens Star Wars project would ever see the actual light of day.

What are your thoughts here?

Note: the first version of the article quoted Deadline who said the new project would be set on Exegol. Deadline was wrong. Nothing at all is known about the setting or timeline of the show.