Check Out These Behind The Scenes Photos From The Rise Of Skywalker!

A PDF with a ton of behind the scenes photos from The Rise of Skywalker is available on the Art Director’s Guild website! No matter if you like or dislike the movie, it’s always interesting to get a peek behind the scenes of a movie to see how it was made! You will find that they put a lot of effort into even the smallest details. Some things may even genuinely surprise you! Click through for more! 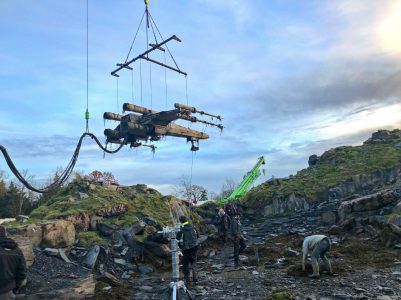 The X-Wing levitation scene was a practical effect

The PDF has 69 pages. I will provide the download link at the end of the article!

But first of all I want to show you one of the best behind the scenes photos, in my opinion: 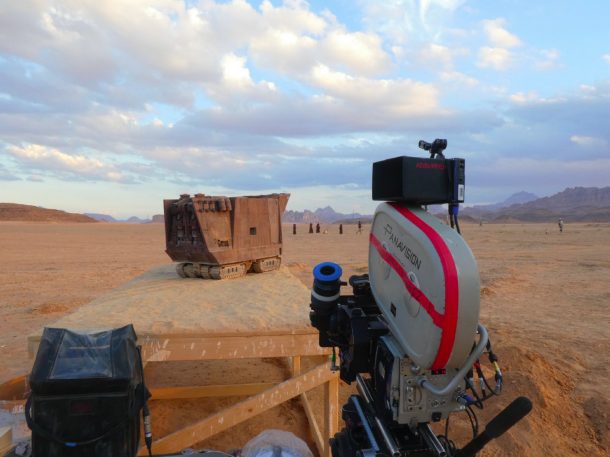 A model Sandcrawler and forced perspective (click for larger version)

Here you can see that The Rise of Skywalker used some very old school techniques. Where other movies might have used a CGI Sandcrawler the team built an actual model and then used forced perspective to give it the appropriate scale, compared to the Jawa actors in the far background. This technique was used a lot in the Lord of the Rings movies, especially when Hobbits and humans interacted. LOTR actually refined the process by making the various set pieces movable so they could perform camera movements and make it look less static. But it’s certainly surprising to see that in 2019 JJ Abrams decided to use a model and forced perspective instead of the typical CGI effect we usually get these days.

And this is what the scene looks like in the movie:

The Rise of Skywalker Sandcrawler

Here you can see how forced perspective makes the Sandcrawler look appropriately tall and imposing compared to the Jawas. The Millennium Falcon was added in post later.

And one final photo, a detailed look a Emperor Palpatine’s throne on Exegol, which was shrouded in darkness in the movie, here you can see it much better: 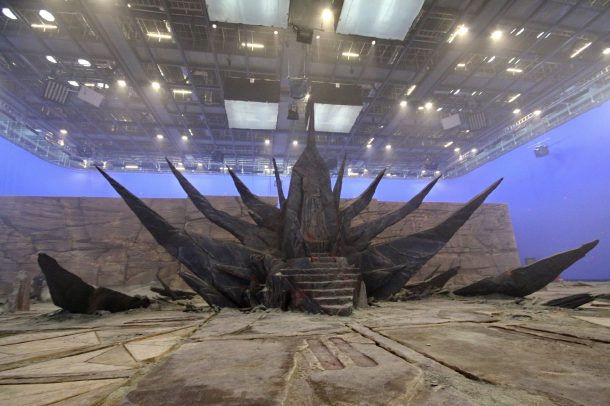 If you want to see a lot more behind the scenes photos, giving you a look at all the locations and sets used in the movie then download the PDF! It showcases the work of production designers Rick Carter and Kevin Jenkins.

Tags: Behind the Scenes Star Wars Episode IX: The Rise of Skywalker