Now that probably almost everyone here has seen The Rise of Skywalker, with that movie being the conclusion to the saga 42 years in the making, I think it’s the perfect time to rank all the (live action) Star Wars movies! We did this before, but how will The Rise of Skywalker change everything? So click through for my list (I agonized over it for days!) and a few easy rules I’d like you to follow! 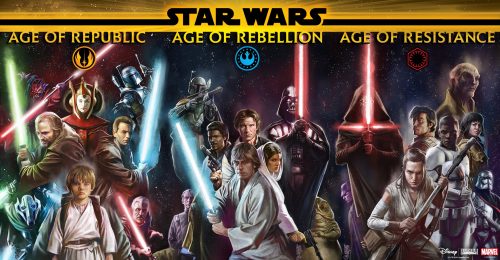 With that out of the way let me post my list, which just reflects my own personal opinion. Of course I like my opinion best, which is the beauty of having opinions.

Sooooo, this is how I currently rank all the 11 live action Star Wars movies.

Yes, I like the prequels, deal with it. Yes, I really like Attack of the Clones. I am not making a joke or so.