3.75" Super-Articulated CODE RED: HasLab Is The Only Way To Save The Vintage Collection

With the state of Star Wars merchandising (and action figures in particular), I wish that everything The Vintage Collection-related going forward would come via HasLab. (more….) 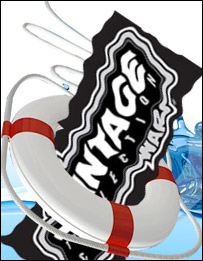 Where are those happy days? They seem so hard to find.
I tried to reach for you, but you have closed your mind.
Whatever happened to our love?
I wish I understood.
It used to be so nice, it used to be so good.
(ABBA – “S.O.S.” – 1975)

It won’t be acknowledged by Hasbro, but we may have reached an irreversible point in the Star Wars toy line. Obviously, Hasbro hasn’t lost much focus for The Black Series 6” line. Whether or not margins are better for them in the 6” line (I still don’t know what to think about this conclusively yet), one thing is for sure: The Vintage Collection is getting the shaft. I posted in multiple past articles that there are some impressive things coming in 2020. Other fansites are teasing this in their pieces published recently, which serves as confirmation to what I was told a year ago. The calendar of releases has dramatically changed, and things are shifted, delayed or altogether repurposed, and I don’t have those details yet, although I believe they’re forthcoming soon. I don’t know the impact they’ll have on The Vintage Collection at the moment, but I do know that if the 40th Anniversary of The Empire Strikes Back doesn’t get some love in the 3.75” The Vintage Collection line, it may be a turning point for most of us. Do you remember the insulting Titanium 3.75” figures Hasbro released in The Black Series [Phase III] line to commemorate the 40th Anniversary of A New Hope? Well, if they do something similar, or pack the “gold” Princess Leia and Han Solo from the Episode V Walmart exclusive two-pack in The Vintage Collection packaging, it might be enough to give me an aneurysm.

I am getting a little off track here. So, why do I wish for HasLab to take over the super-articulated 3.75” line? Well, because The Vintage Collection isn’t working in its current state. There aren’t enough releases. Brick and mortar retail doesn’t get anything. Online puts up pre-orders that are more often than not cancelled instead of filled. We’ve been waiting years for Hasbro to finish off the “Collect All 92!” lineup. And the repacks are great from specific perspectives, but I think mostly negative for a line that’s on life support. I want to see the Photo Real updating, but for others, that doesn’t mean much. And that means the line has a reliance on new collectors. That’s perverse, because the collecting market continues to shrink, and they’re not gaining young collectors in any meaningful numbers. Also, and sorry if this offends you, but Star Wars collectors have turned into terrible people. I thought CJ was the worst person in the Star Wars collecting community, but many others are worse. Now, please keep in mind, Star Wars collecting is a hobby, so take the “bad people” comments in line with the points being made here. I don’t think this is a real “moral” issue necessarily, so don’t take these comments out of context. When I say “bad collectors,” I mean those who wait for clearance. Face it, too many people are doing this now. It will be interesting to see when it finally impacts the 6” line because if you look at any Facebook groups online now, the excitement for paying $.03 for a 6” is ridiculously off the charts.

So, back to HasLab. Why do I want it? Well, five words, actually. Jabba’s Sail Barge (The Khetanna). It was a roaring success. Imagine if Hasbro employed the same energy for a collector-focused line of The Vintage Collection figures that we’d buy, and not wait for clearance on anymore. Now, with all of the Star Wars Entertainment out there, and the divided attitudes of what everyone wants to see in this line, it might be a little bit difficult to execute in the beginning. I think that the HasLab project should focus on a wave of eight figures, virtually a case. And these cases should contain contents from a particular era of Star Wars. This includes the Original Trilogy, Prequel Trilogy, Sequel Trilogy, Animated Television, Disney+, Old Expanded Universe, and Video Games (which can consist of older characters from the EU – fine with me) Everyone can have his and her turn. I’d hope Hasbro could keep the cost per figure around $12.99, but without speaking for everyone, I think $14.99 might be the only way to accomplish this. But keep in mind that the case would contain eight all-new sculpts. We would have to pay for it full price in advance. And it would get alienate the clearance vultures. I think this is the only way 3.75” super-articulated figures will continue to exist under Hasbro. Imagine, if you will, a wave of eight figures including 2-1B, Bespin Security Guard, a new Lando Calrissian, a new Rebel Commander, a new AT-AT Driver, a new Han Solo (Hoth Outfit), a new Imperial TIE Fighter Pilot, and a new Lobot for the 40th Anniversary of Episode V. Would you pay between $100-$120 for this group of figures on vintage Kenner card back? I know I’d buy 5 cases easily. This is JUST an example.

And yes, if there aren’t enough backers to make these fan-requested case packs happen, then I will faithfully concede The Vintage Collection’s defeat.

Your respectful comments are always appreciated below!

Previous Article: The Clone Wars Will Return On February 21st On Disney+