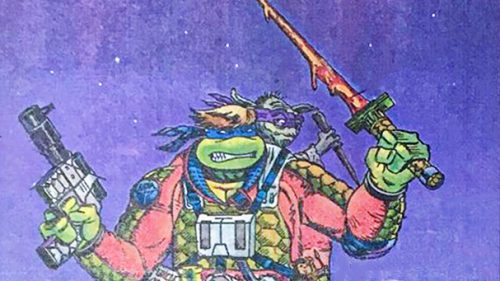 While I think that having Teenage Mutant Ninja Turtles Star Wars action figures is kind of a wacky idea, it’s also fun. Playmates put a lot of thought behind their pitch back then and some of the figures come with a few short notes that explain what you see. So here is the concept art for the action figures. 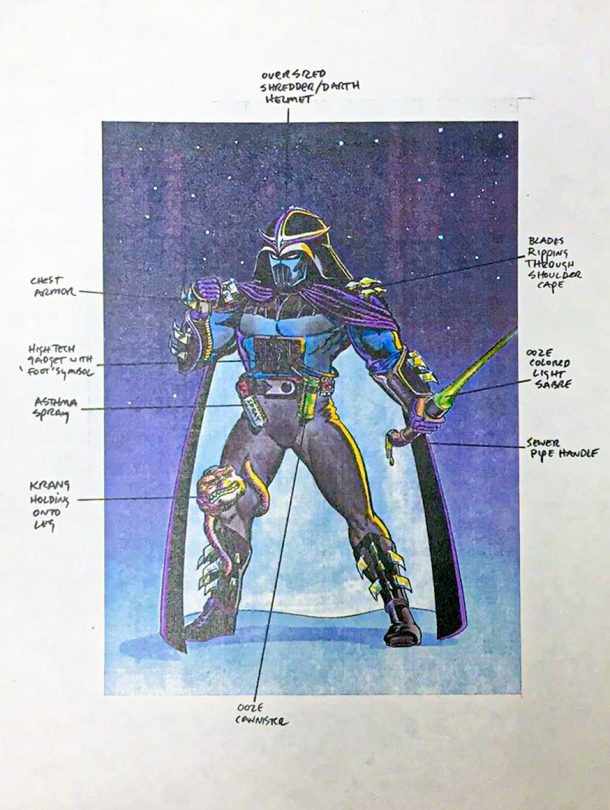 He even comes with his own asthma spray! How thoughtful!

Next up is Luke (Leonardo?) Skywalker and R2-D2: 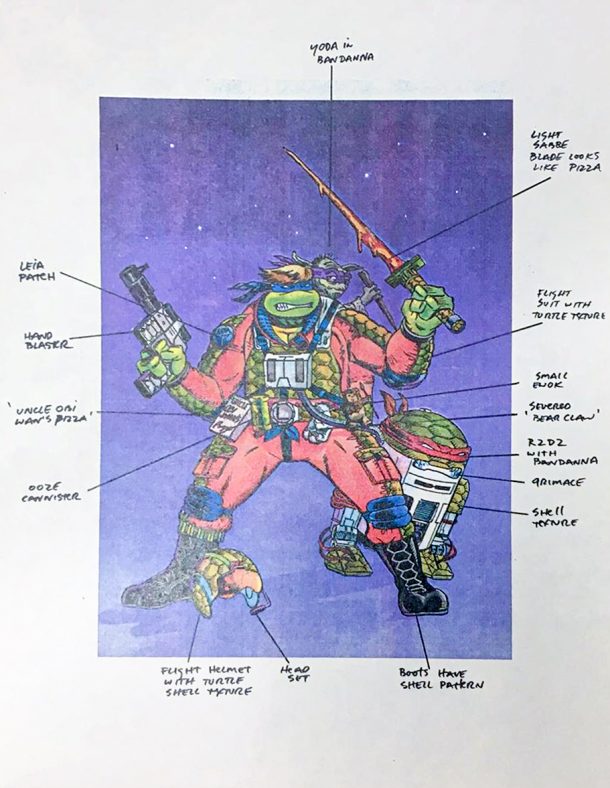 So the lightsaber blade looks like “pizza”… makes sense! Don’t overlook that Yoda on the back! The bandana suggests it might be “Donatello” Yoda.

And apparently some hero characters had patches with the names of people they like (or love?) on their sleeves.

Here’s a slightly different version of that concept, “Luke” in his Bespin fatigues, instead of the X-Wing flight suit. The lightsaber looks normal now, maybe Lucasfilm didn’t like pizza sabers or Playmates decided to offer different versions of the saber: 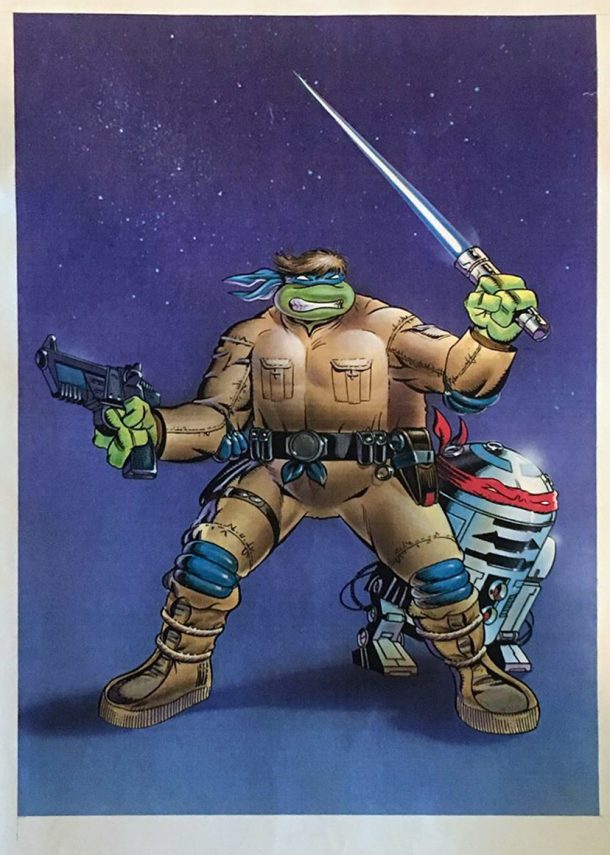 And then there’s Leia “April” Organa… 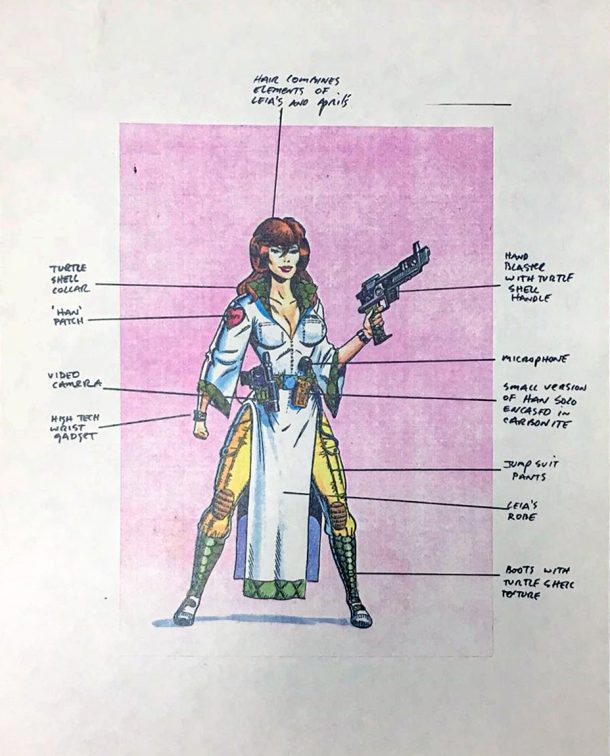 “April” Leia has a Han patch on her sleeve, poor “Leonardo” Luke!

The final concept shown is Chewie and C-3PO from Empire Strikes Back! 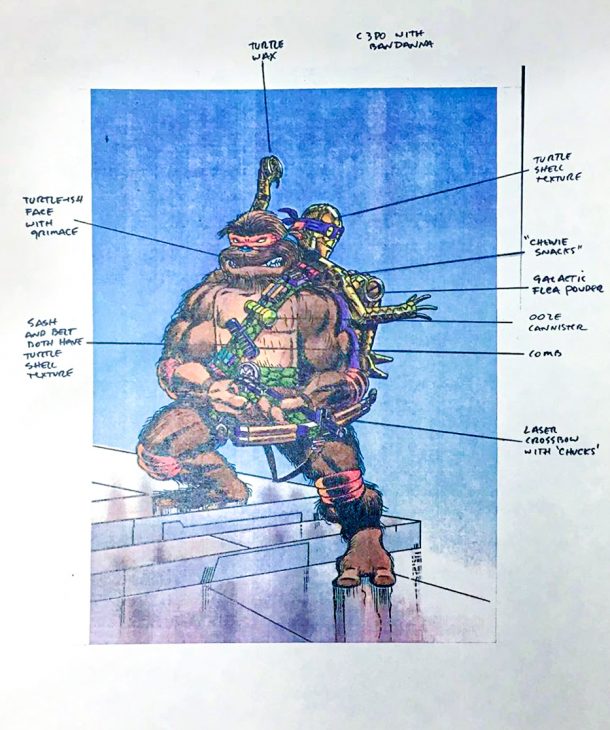 Chewie comes with his own snacks! Also, combs are very important to keep the fur tidy! But “galactic flea powder”???

Here’s a somewhat better version without the notes: 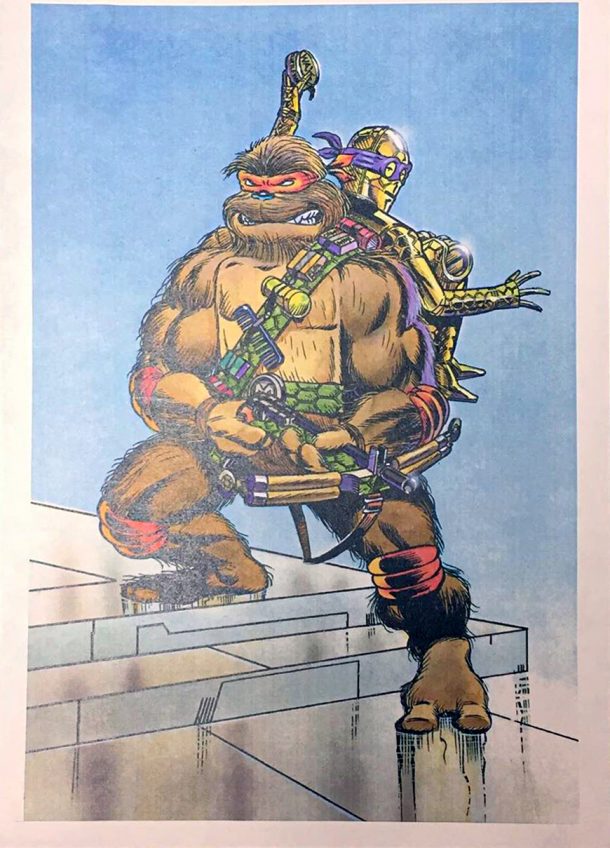 And while the idea is maybe a bit wacky, I think the figures could have been fun. But it’s also apparent why Lucasfilm maybe had little interest in Turtle Wars figures, they are very far removed from the original characters.

And while Playmates didn’t get the Star Wars license, they did make Star Trek versions of their Ninja Turtles, but with much fewer details than the Star Wars versions would have had: 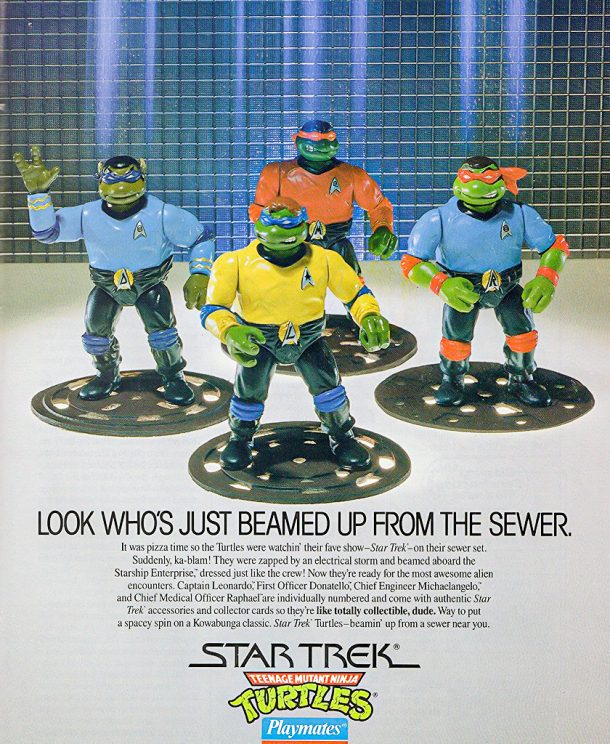 Beam me up again!

Do you think a Teenage Mutant Ninja Turtle Star Wars line today could be a success? I suppose there are still plenty of adult Ninja Turtle collectors out there. The question is if Star Wars collectors would be interested in them? Would you have bought the figures back then? Would you buy such a line now?