The Concept Art Book For The Rise Of Skywalker Has Leaked

The concept art book for The Rise of Skywalker was apparently accidentally sold in South Korea, as photos of the book with South Korean writing have appeared on social media. The few things that have been posted so far show an alternative look for Dark Side Rey (which I greatly prefer to what we got in the movie, it basically pays homage to Luke’s look in Return of the Jedi), we also get a look at things that were cut from the script/movie, like the “Oracle” Kylo Ren was originally meant to encounter early in the movie. You can see some photos on Twitter! And below is a photo of what was probably an idea for a Force vision, Emperor Kylo and Empress Rey with yet another look for her. Would you be interested at all in a sequel trilogy action figure line that is based on concept art? 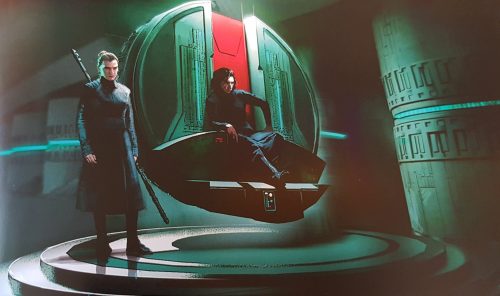