Who Cares About Box Office?! Does "The Rise Of Skywalker" Still Hold Up For You? And Do You Want More Toys?

We’re quite a few weeks out from the release of The Rise Of Skywalker in theaters. The film, while opinions are split, found favor with many legacy Star Wars fans, even those who lost hope with The Force Awakens and The Last Jedi. And many longtime Star Wars fans who admit that the film was flawed, can, at the very least, admit that the film was enjoyable, and back to basics in many ways. If you’ve seen the film multiple times, has it grown on you, or have you lost interest. Do you hope that Hasbro produces a lot more toys based on this film in the 3.75" and 6" scales? While many other fans are obsessed with box office numbers, it’s a fact that a blockbuster film that makes a bazillion dollar doesn’t make a good film. So, even if The Rise Of Skywalker produces less revenue, it may rank as the best of the Sequel Trilogy overall for many, many Star Wars fans. Your thoughts in the comments, please. 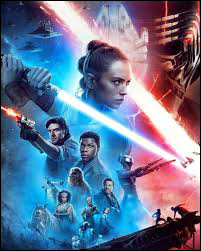 Next Article: Does Newly Posted Hasbro Star Wars Job Imply They're Holding On To The License?