Alleged Disney Insider Talks About The Rise Of Skywalker Production

I want to talk about some 100% unverified rumors. And to make it absolutely clear: these are not rumors originated by JTA (some people have problems with reading comprehension, so in short: this is from a source on Reddit, NOT JTA!), I merely talk about the rumors. Yes, it’s all unverified. Yes, we will never be able to verify any of that unless some of the people involved open up. However, I think the rumors have at least some credibility to them and may even explain the behavior of some of the actors in recent times. So what are the rumors about? Disney’s alleged meddling with The Rise of Skywalker and that JJ Abrams is extremely unhappy about the final cut. This article has spoilers! So if you haven’t seen the movie yet, stay away, everyone else, please click through! And you may only click through if you understand that these are Reddit rumors, NOT JTA rumors! 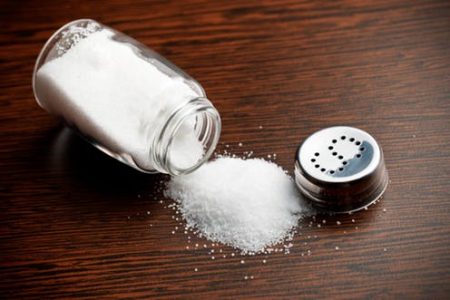 You always need some salt!

The source of the rumors is Reddit. Yes, that means it’s extremely unverified, however, the JediPaxis Reddit leaks have become legendary, because they were very much true and very accurate. So alleged Disney insiders DO absolutely exist and just because sources are anonymous doesn’t mean they are made up. The leaks proved that 100%! Which means the following might be true. And if it is true it paints Disney in a quite ugly light actually.

I will not reiterate everything mentioned in the thread, you can read the original info for yourself, here are just some highlights!

The original Reddit post lists a few more things of interest, overall the alleged leaks paint Disney in a rather bad light, it seems corporate meddling was the order of the day, and the version of The Rise of Skywalker we have now is more a Disney version than a JJ version. His final approved cut is from late November, but the December cut saw further alterations by Disney.

JJ may be derivative but he’s not a complete hack. There are some real oddities in the movie that any professional filmmaker would avoid, like never resolving Finn’s subplot. Why would JJ not think of resolving that plot? If the movie was cut without his approval that may explain why the resolution is no longer in the movie. JJ even openly admitted in an interview that Finn wanted to confess he’s Force sensitive, why mention that in an interview but not show it in the movie?

Also, the scenes between Zorii and Poe seem to serve only one purpose, that he’s very much into women. Coincidence?

Then we have the strange reactions by the cast… Oscar Isaac seems to be totally over Star Wars and seems to be finished with the franchise. Daisy Ridley said something very similar, Adam Driver stated that Star Wars is not on his future agenda, but it will always be a cherished thing of the past and John Boyega… well John Boyega doesn’t seem to care one bit at all anymore and throws shade on the movie and some of the decisions in it on Twitter. He’s also completely over Star Wars and said they won’t “Disney plus him”. Does that sound like someone who learned from JJ that Disney never really wanted him in the first place? All of John’s future projects don’t involve Disney.

Did someone just make up all these rumors which more or less fit in with how the cast has reacted since the premiere? That’s not out of the question. Maybe someone is making it all up for laughs. Is it possible the allegeged insider info is true? Yes. Disney is, after all, controlled by shareholders, they only care about one thing, and one thing only, money. Would Disney object to a black co-lead if the lead is a woman already? Not impossible, Hollywood is extremely cynical. Back in the day, when Will Smith was in Hitch, the studio hired Eva Mendes, a latina, instead of a black female or non latina white female love interest, because that was deemed to risky and the studio feared upsetting either white or black audiences. So Eva Mendes was a compromise decision. Will Smith openly talked about that after the movie was released. Sure, that was years ago, but Hollywood (i.e the studios, the suits) is as cynical as ever, because money is still the only thing they care about, despite appearances.

Is JJ really such a hack that he can’t even properly edit a cut of the movie that resolves all plot points? Unlikely.

And then we have JJ’s statement from an interview recently, he said this, when asked about the very mediocre professional reviews of the movie and mixed audience reaction:

I’d say [the film’s critics are] right. The people who love it more than anything are also right.

Does that sound like someone who made a movie that was subjected to excessive corporate meddling by Disney? Maybe.

Of course, take everything with a healthy dose of salt. It’s all unverified rumors, it could all be fabricated and a lie, meant to portray Disney in a bad light. But previous Reddit leaks have proven that these alleged rumors can also be pretty accurate. And if true it shows Disney’s true colors here and may explain why the actors, who side with JJ, all seem to be finished with Disney Star Wars, with some even openly criticizing the movie, or at least some key parts of the movie on Twitter and outright mocking it even.

Sources:
Original Story about why Eva Mendes was cast in Hitch
Reddit Thread with the alleged Disney insider leaks