Maybe a few of you will look for movie spoilers tonight, we’re bound to get at least some following the premiere of the movie in Los Angeles. Actually, we already do have some spoilers! So I thought we may have a support group. Let’s talk about all the spoilery things you want to talk about and how these spoilers affect your expectations. Anyone who doesn’t want to know anything should avoid the article! Anyone else, please click through. 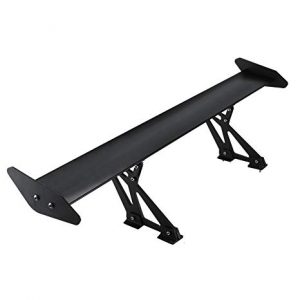 There were some photos here, I removed them for now, just so the Mouse is not too annoyed or sends a liquidation squad to my location.

UPDATE: I do link to a video on YouTube now further below. By SCReviews, for educational purposes only, of course! The video may or may not contain some of the photos… unfortunately it doesn’t show the final shot of the movie, but you get to see most of the photos.

UPDATE 2: Here is a link to someone on Twitter. You will see the photo of the final scene in the movie and the final scene of the entire Skywalker Saga. Rey on Tatooine with BB-8 on the Lars Homestead, watching the twin sunset.

UDPATE 3: And another link to the same photo, plus Palpatine and Rey&Kylo.

Everyone who was here saw the photos.

They showed Rey with her all new staff  lightsaber (she converted her old staff) with a yellow blade.

They showed Rey with Luke’s and Leia’s sabers on a piece of cloth, as she is about to bury them on Tatooine.

They showed the arena on Exogol with several Royal Guards protecting Palpatine.

They showed Rey & Kylo facing off against Palpatine.

They showed Palpatine, with much better teeth than before and milky eyes.

And we saw the actual final shot of the movie. Rey and BB-8 watching the twin sunset on Tatooine, right next to the former Lars, now Rey Skywalker homestead.

And the text of the title crawl was also revealed, in text form. I will keep that online.

And I will weep myself into sleep now! 😀

EPISODE IX THE RISE OF SKYWALKER

The dead speak! The galaxy has heard a mysterious broadcast, a threat of REVENGE in the sinister voice of the late EMPEROR PALPATINE.

GENERAL LEIA ORGANA dispatches secret agents to gather intelligence, while REY, the last hope of the Jedi, trains for battle against the diabolical FIRST ORDER.

Meanwhile, Supreme Leader KYLO REN rages in search of the phantom Emperor, determined to destroy any threat to his power….

And the video by SC Reviews, from Down Under!