One Last Potential The Rise Of Skywalker Spoiler

We’re only a few days away from The Rise of Skywalker. I will actually see the movie next week on Wednesday, the movie opens in Europe on December 18th, only two days after the world premiere in Hollywood. Expect more leaks to come and confirmation of whether or not they are actually true very soon. And I want to discuss one such leak, even if not technically speaking a leak, today.

Dan Mindel, director of photography for The Rise of Skywalker, posted a photo on his Instagram, which was deleted a short time later. And this photo may contain some very crucial information. And the fact that the photo was deleted a short time later may actually confirm that the photo was never supposed to be posted, because it’s very spoilery. Anyone who wants to see it and discuss leaks in general, please click through! Anyone else should avoid this article! You will be spoiled if you click through! 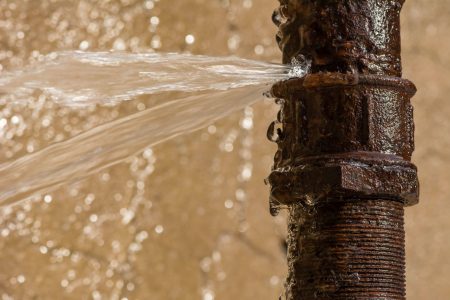 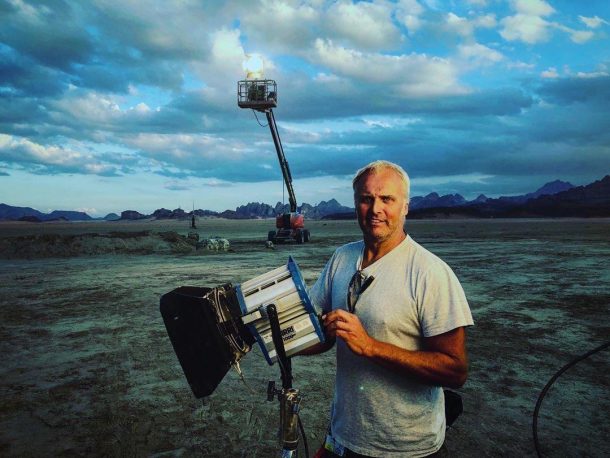 Lars Homestead (?) on Tatooine – please click for the larger version

Yes, it’s quite dark, maybe near sunset even. But you can see a very distinctive earth wall, and in the background behind it a moisture vaporator. And mountain ranges. This looks a lot like the Lars Homestead on Tatooine. And the fact that Dan Mindel deleted his Instagram post only supports this, if it was some random Star Wars location, maybe on Pasaana, that would hardly be a spoiler.

Here’s a quick edit I made: 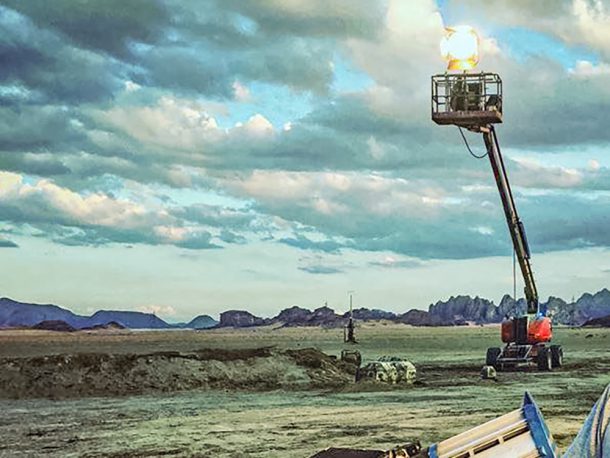 And here is a direct comparison with a scene from the movie, just seconds before Luke watches the twin sunset:

The mountains will be fixed in post, just look at the earth wall, the containers next to it and the moisture vaporator. It seems that in all these decades after the death of Owen and Beru not much has changed. According to the leaks no one lives there at the homestead and it’s abandoned.

So this photo may be a big deal.

Because the leaks tell us that in the end Rey and her friends go to Tatooine, where she will bury the remaining pieces of Luke’s and Leia’s lightsaber, after having stripped them for parts to make a new lightsaber of her own, and declares herself a “Skywalker”. And that the final shot will feature a twin sunset, with Rey (and friends) looking into it.

This photo most certainly proves that they rebuilt the Lars Homestead set. I think the moisture vaporator and distinctive earth wall leave no other explanation. Add one of Daisy Ridley’s latest interviews in which she says one message of the movie will be that you can choose your own family and it only adds fuel to the fire.

Does all of that unequivocally prove that the leak is correct? No, of course not. But it makes it very, very, very likely, in my opinion, that it’s true.

So Rey will probably go to Tatooine in the end and assume the name “Skywalker”.

How do you feel about that? If the leaks are actually correct, especially about Act III, how do you think fans and the general public will react?

Now, it all depends on execution, but I cannot see how most (hardcore) fans will like that ending. Reylos may be seriously disappointed because their boy will never be seen again, fans of the OT and maybe PT even may feel cheated and Rey’s status among some fans as a Mary Sue who got everything handed to her, Millennium Falcon, blaster, lightsaber etc. may only be strenghtened, if she becomes a Skywalker just like that and may even live on the homestead. Will we really get a Rey Palpatine who assumes the name Skywalker instead, because she feels like it, and that she will continue the Skywalker line in name only? And that THIS is how Skywalker rises? Through Rey assuming the name?

Next Article: Pre-order The Third Wave of TVC Figures At Entertainment Earth!