The Mandalorian Is Performing Really Well!

Forbes published an article the other day about the findings of Parrot Analytics, a leading data research company for TV and streaming. And they compared demand for The Mandalorian 7 days after its debut with other genre shows 7 days after they were launched. And the clear winner is The Mandalorian! Click through for some numbers! 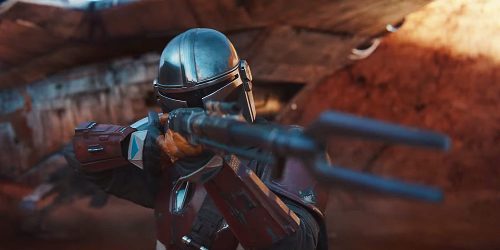 The Mandalorian takes a shot at other genre shows

Parrot Analytics found that demand after 7 days for the Mandalorian is….

And when you look at demand after just 4 days, the Mandalorian is….

These numbers are pretty impressive and according to the article Parrot Analytics only expects the Mandalorian to pull ahead even more, because of the weekly release schedule, whereas several other streaming shows released their episodes all at once, wich leads to a short spike of interest that quickly fades again.

The Mandalorian is certainly a winner and quite a few fans experience something they haven’t experienced in a long time: actual anticipation for the next episode! Friday can’t come soon enough!

Read the full article at Forbes for a few more details!