Hasbro promised more action figure reveals at various European conventions, and after Paris and London they now revealed two all new Black Series figures at the Lucca Comics & Games convention in Italy!
Prequel fans have been asking for more Jedi for years now, and it seems Hasbro is finally willing to deliver: meet Kit Fisto and Plo Koon, two of the most favorite prequel Jedi! Now while the headsculpts are all new, of course, the hands as well, it seems both figures re-use the Obi Wan and Mace Windu body, which is a bit unfortunate, but nevertheless, we finally get more Jedi and more (humanoid) aliens in the line! Click through for a few more photos! All the photos come courtesy of Italian Star Wars site guerrestellari.net! 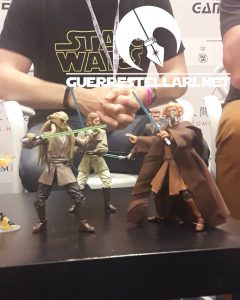 And here are a few closeup photos of the new figures: 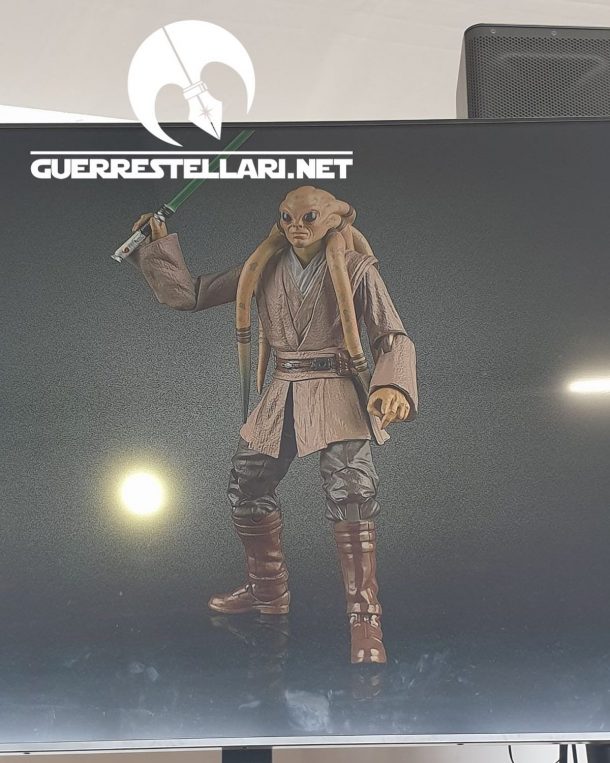 Kit seems to re-use the Obi Wan body, which is a bit unfortunate, but the headsculpt looks fantastic. 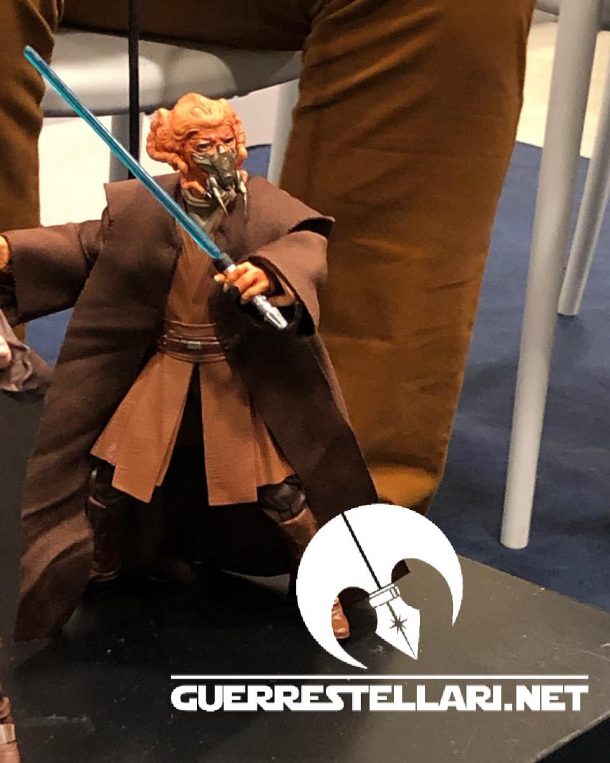 Plo Koon comes with a Jedi robe, actually it seems this is basically the Mace Windu figure with a new head, hands and lightsaber. It’s weird that Hasbro can give this figure a robe but not Kit Fisto. But the original Mace release also came with a robe, while Obi Wan doesn’t have one.

Will you add the figures to your collection? What other prequel Jedi would you like to see?

Go to the Guerrestellari (which is Italian for Star Wars, of course) Facebook page for more!