Is Rian Johnson's Star Wars Trilogy Still On The Table?

BANG Showbiz posted a short inteview clip with Rian Johnson on their Twitter page. In the interview he says he’s excited to be a Star Wars fan again and he’s looking forward to seeing the new movie in December. But then BANG Showbiz asks the big question, what about Rian Johnson’s own new trilogy? This is what he has to say about that:

“Well we’ll see, I mean I’m still talking to Lucasfilm, they’re figuring out what they’re doing, and we’ll see what happens, but you know I’d be thrilled if it happens but I’m doing my own stuff too.”

This doesn’t sound too confident. It seems plans at Lucasfilm are still shifting. We also don’t know how exactly Kevin Feige’s Star Wars project will fit in. Would Lucasfilm have three different Star Wars movie projects at the same time? Benioff & Weiss, Rian Johnson and whatever Kevin Feige is developing? But as usual things can change. It’s certainly interesting to learn that “Lucasfilm is figuring out what they’re doing”. Let’s hope they’ll figure it out very soon. We still know very little about what kind of movie we’ll get in 2022 and what will happen beyond.

Click the image below to watch the short interview clip with Rian Johnson! And leave your own – constructive – thoughts in the comments! What do you think Lucasfilm will do? 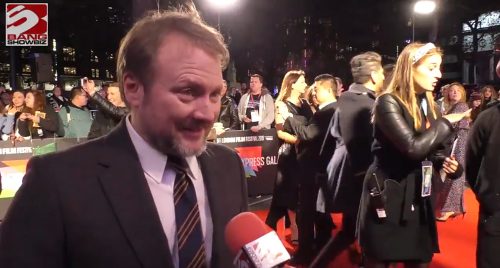