RUMOR: Future Of The Vintage Collection In Doubt?

Jake Stevens, who runs the Star Wars site From 4 Lom To Zuckuss, has posted a rumor concerning the possible future of the Vintage Collection on the TVC Facebook group. And if true, then it’s certainly something that should worry all TVC collectors. Thanks to Matthew Cohen for the alert and screenshot! Click through for more! 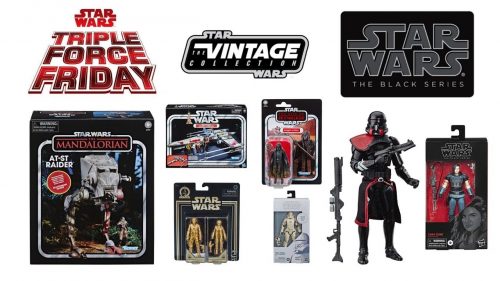 These toys must sell… 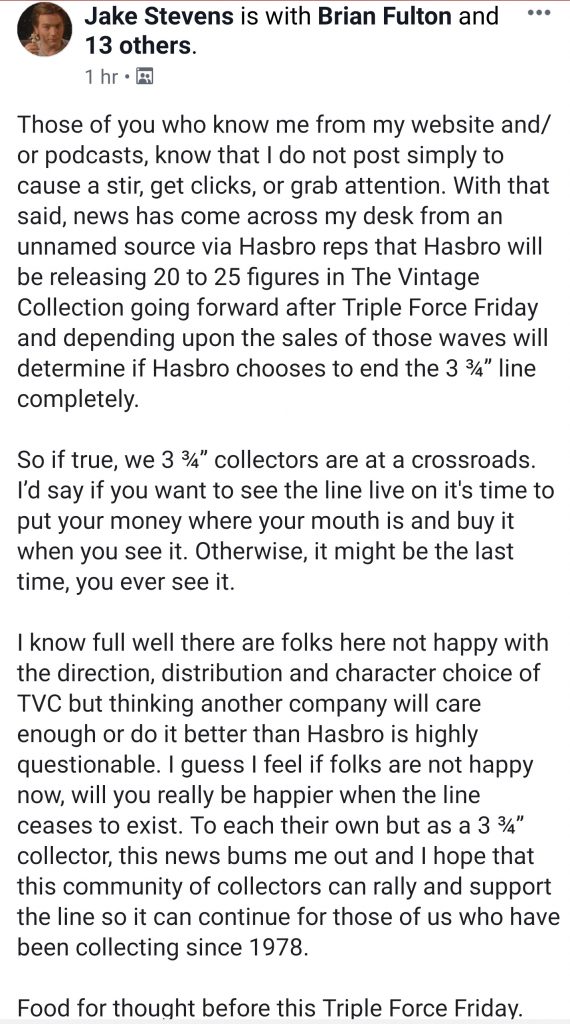 Now, this is just a rumor, it doesn’t need to be true. However, that being said, in light of very bad Star Wars toy sales in the past few years and the total lack of any news of a license extension from Hasbro/Disney, I always assumed that this Triple Force Friday and maybe Q1 2020 is of utmost importance and may determine the future of Hasbro’s Star Wars license.
This is just speculation now, to make that very clear, but maybe Hasbro will only want to keep toy licenses that are profitable, maybe there will not be one major Star Wars license anymore. Is Mattel’s Star Wars Barbie line a sign of things to come? Could it be that in a year from now or so, when the current license agreement expires, Hasbro may choose to no longer make 3.75 in figures at all (they have already abandoned Force Link)? And that various companies will release Star Wars action figure toylines?

This is not necessarily the end of 3.75 in Star Wars figures, some other company may have an interest in making them. However, I would fully expect these figures to be much more expensive then. The usual crowdfunded or boutique 3.75 in action figure costs at least $20.

Without any real numbers, the general assumption is that TVC has much lower margins than TBS to begin with, because production cost is probably about roughly the same, tooling is expensive, plastic is not. So the scale does not really determine production costs. Therefore, TBS can get some discounts, and Hasbro may still make money with the figures. But if TVC gets these discounts… chances are that Hasbro won’t make money with the figures anymore and may even lose money.

So in light of all this perhaps it’s not the best idea to wait for $30 X-Wings and $7 Reys. Not if you want to have more TVC from Hasbro.

What do you think? Are you worried? Do you think it’s just some rumor, not to be taken too seriously? Leave your thoughts in the comments!