The Triple Force Friday toy livestream revealed an all new Black Series C-3PO with bowcaster, bandolier and a tiny, tiny character called Babu Frik, who is a droid builder.

Not a single TVC figure was shown or advertised. TVC was not even mentioned in passing. But a few Lego Sets (Millennium Falcon, Pasaana Speeder Chase), Galaxy of Adventure figures, Funko Pops and the new interactive D-O, which does look like a fun toy, were shown.

If you didn’t watch the livestream you didn’t miss all that much! It was 45 short minutes, with most segments pre-recorded. But it was cute seeing how much Daisy loved her Black Series figure!

Update: screencaps and a few general thoughts added to the article! Please click through for the new Black Series figures that were revealed! 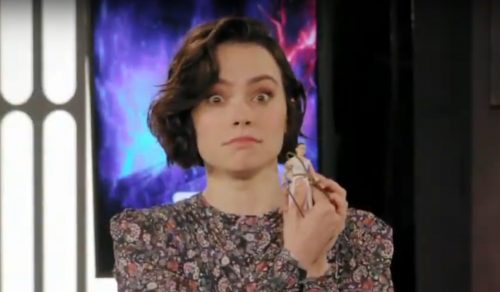 Daisy Ridley, adorable as ever, loves Her Black Series Figure

So, overall the livestream had nothing for TVC collectors, not a single toy was shown, no figure, no vehicle, the only 3.75 inch figure shown was the golden C-3PO figure. TVC doesn’t exist, apparently.

However, Black Series collectors got a few new things at least.

The rumored Jannah figure was confirmed and a prototype was shown: 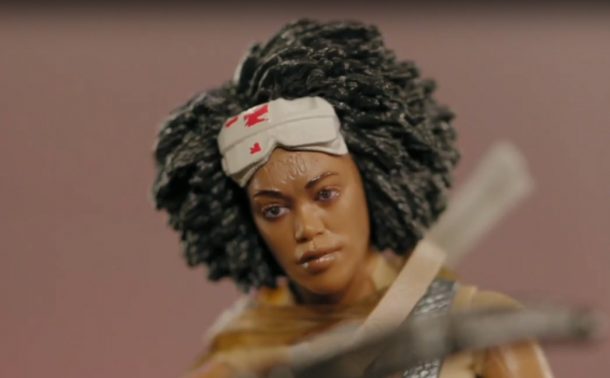 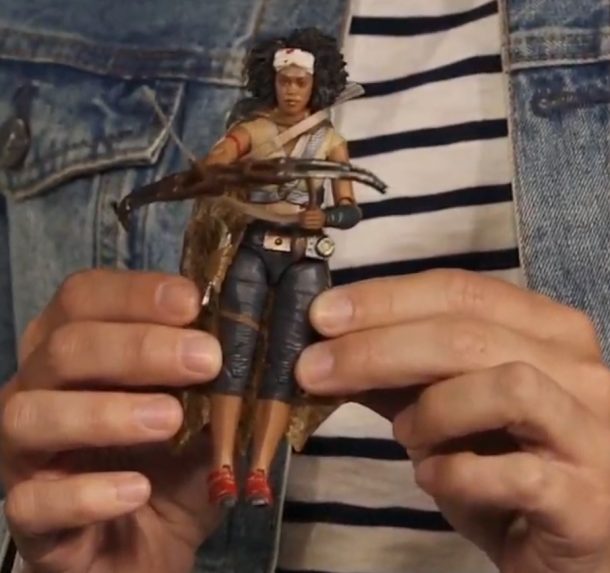 Also revealed was a repack of the Galaxy’s Edge exclusive C-3PO figure that now sees a single release, with photo real eyes, several accessories, among them Chewie’s bandolier and bowcaster, and a tiny, tiny figure called “Babu Frik” who was revealed to be a droid builder: 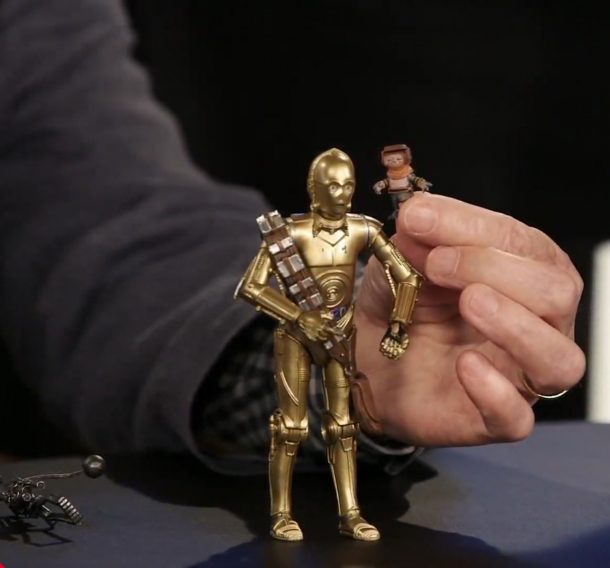 And then the rumored Cara Dune figure was officially unveiled, there is no good shot of the entire figure (only wide shots without much detail), but a close-up of her face was shown: 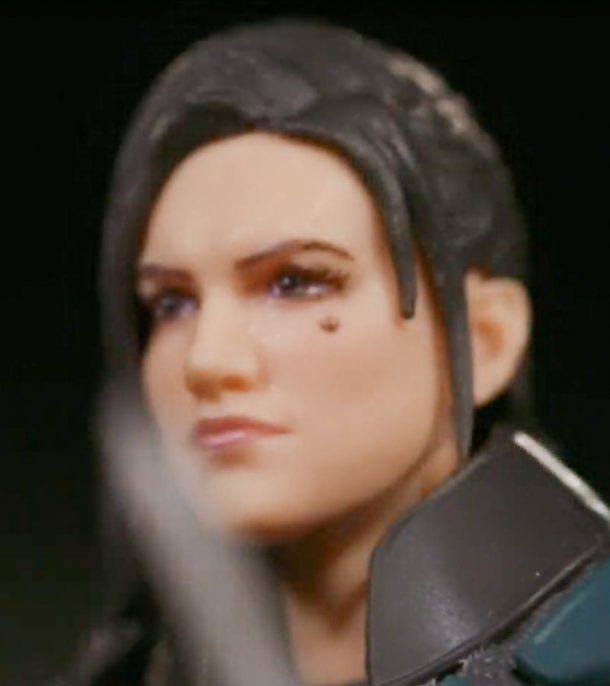 Cara has a Rebel Alliance tattoo on her cheek! The figure comes with a dagger and a huge blaster rifle, from what I can tell. Likeness is great.

And here is shot of the carbonized Mandalorian figure: 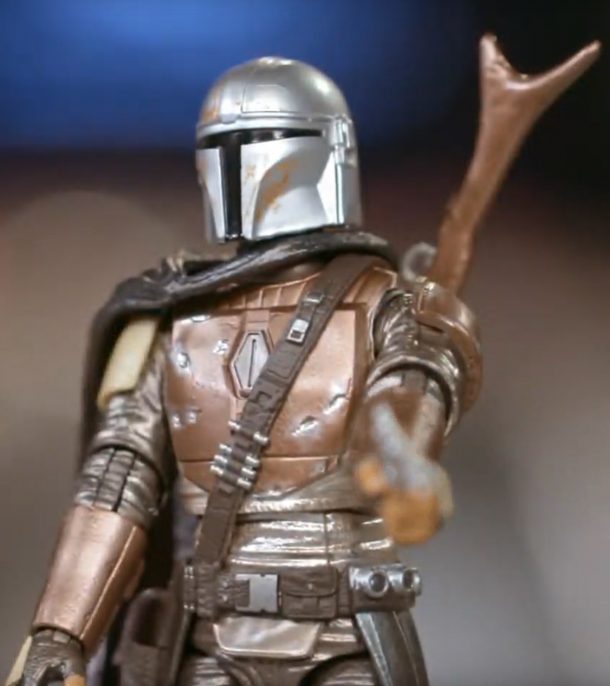 And finally a look at the interactive D-O droid, this is, as far as I can tell, the more expensive bluetooth variant which you control through an app and not the more basic remote controlled D-O, the toy does look very nice: 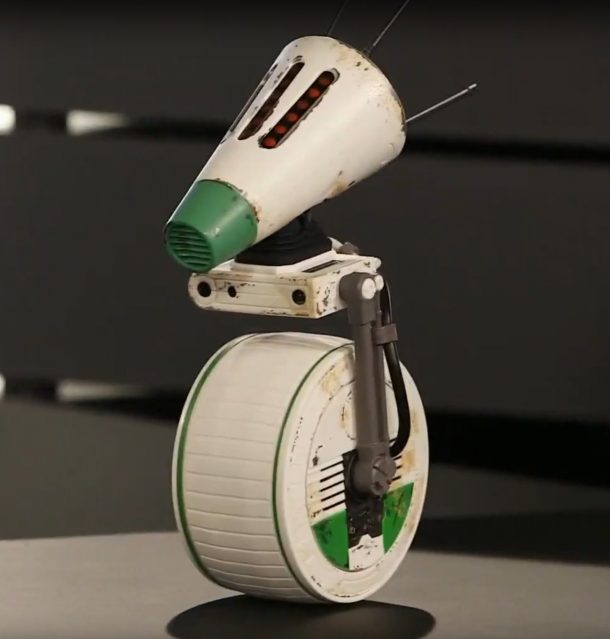 Other than that many Funko Pops were shown, some LEGO sets and, as mentioned, TVC was absent, which may be odd, but maybe shows what Disney thinks is of interest to the people who watch toy reveal livestreams on YouTube.

Also, while watching, YouTube showed about 17,000 live viewers, not all that much really, it seems only a few dedicated fans watched that event.

So, what are your thoughts following this Triple Force Friday livestream? Are you happy about the few new things revealed for the Black Series? Are you concerned that the Vintage Collection wasn’t even worth a mention?

You can watch a recording of the event on the official Star Wars YouTube channel.

Next Article: Vintage Collection AT-ST Raider From The Mandalorian Revealed