Hasbro’s great retail partner Walmart seems to live in a different time zone here and there. The following story is not explicable any other way, but let me quote an email by Adam U. who contacted us earlier today verbatim:

I was at the Niagara Falls Walmart and the Star Wars display was out and all vintage and black series were gone. The girl working in toys told me they are just printing stickers for them so they scan. She even did for me on the gold sets, but I left it. This is absurd. The fun is just being sucked out of the hobby.

One can only hope that Walmart will also have the Triple Force Friday toys in the regular toy aisle, or else the little stock they have will be gone in minutes come October 4th.
Apart from the question why this particular Walmart would put out the TFF endcap more than a week before Triple Force Friday… how can they leave the endcap like that, looking like a total mess?

Update: we have received another report from Mike O. that one of the Walmarts in the Rochester area also has the TFF endcap out in the open, and as expected all the good stuff is already gone. The only things left are lightsabers and Galaxy of Adventure toys. And Tim M. tells us that his Walmart already has a few LEGO Triple Force Friday sets on shelves, among them the new Millennium Falcon and the Pasaana Speeder Chase set. Click through for some photographic evidence! 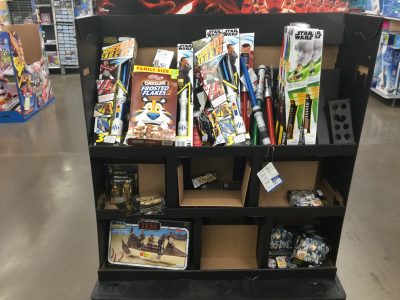 The desolated Triple Force Friday endcap at the Rochester Walmart: 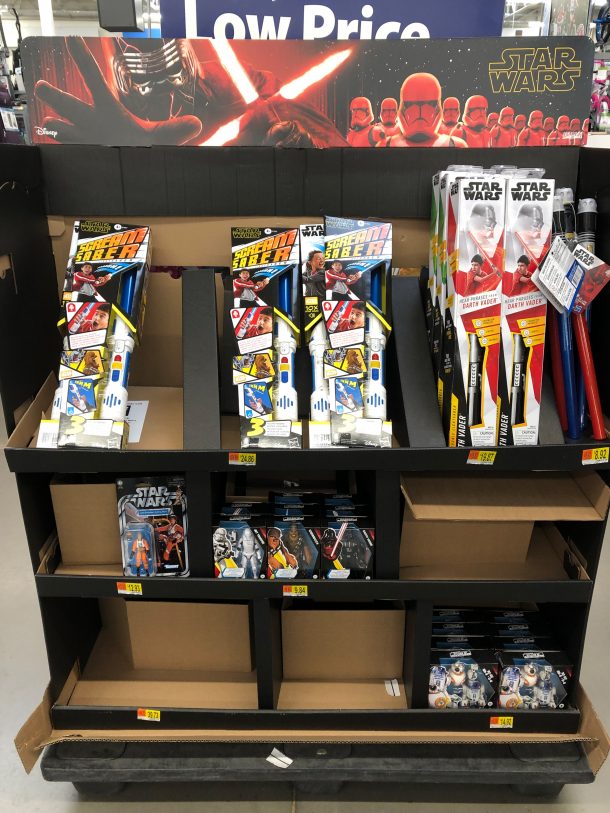 Walmart in the Rochester area

If this display is any indication of how things will be 5 minutes after Walmart opens on October 4th, then the only things left to buy will be Galaxy of Adventure toys and sabers. I don’t think many adult collectors will be happy. At this point you have to ask yourself why you just don’t pre-order everything online. It’s no surprise perhaps when Star Wars at retail is struggling with things like this.

So LEGO goes through all the effort of telling fansites who want to raise awareness for their toys to please remove photos of upcoming sets when they are posted… because Disney believes in embargos… and then Walmart says “whatever” and just puts the toys on shelves for everyone to see. Will the LEGO SWAT team raid this Walmart? 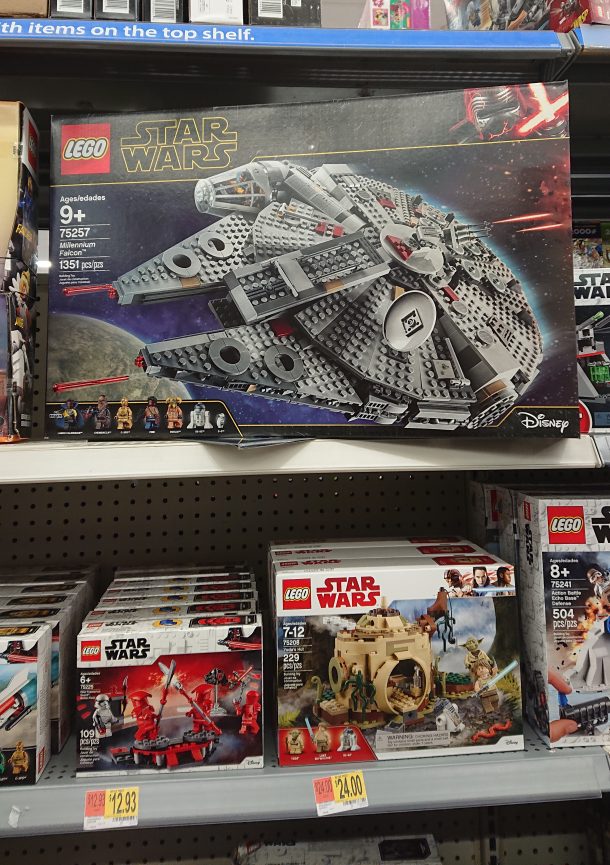 This Millennium Falcon LEGO set does not exist 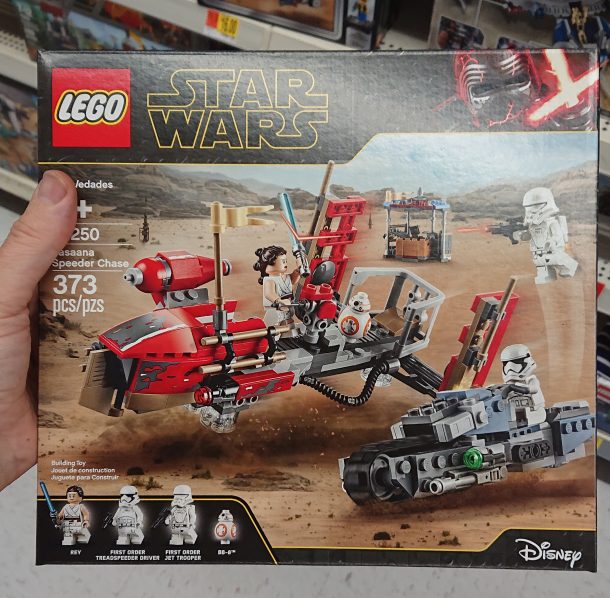 Thanks to Mike and Tim for sending us the photos!

Have you seen some more Triple Force Friday toys at your local Walmart or Target?

And… will there be anything left to reveal during the livestream on Thursday?