Has The Hasbro Star Wars Brand Jumped The Shark?

With all that’s slowly getting leaked and revealed for Triple Force Friday, I can’t help but be reminded of a Season 5 Happy Days television episode whose plot point became a universal line of demarcation for something that changes so drastically from its original intent it becomes unwelcomed. 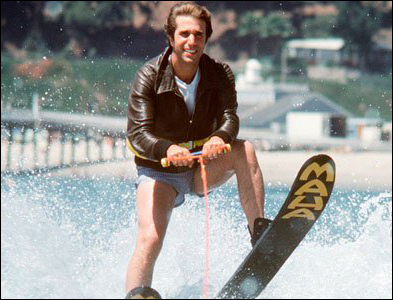 Wikipedia defines “jumping the shark” as the moment when something that was once popular no longer warrants the attention it previously received and then makes an attempt at publicity, which only serves to highlight its irrelevance.” Are we there yet with the Hasbro Star Wars brand?

Look, before you accuse me or more doom and gloom, and more negativity, I want to point out a couple of things. The return of The Vintage Collection brought collectors some of the greatest things possible, even better than the original run during the Golden Age of Collecting (2007-2013). Jabba’s Sail Barge (The Khetanna). Saelt-Marae. Klaatu (Skiff Guard). Skiff Guard 3-pack. Tatooine Skiff. Rogue One characters. Solo characters. I do not want to discredit Hasbro for any of that.

But man. The Hasbro Star Wars line is like a rollercoaster ride that gets stuck at the top of the hill way too often. And it feels like collectors are desperate to get off once and for all. Why did the fantastic momentum of those incredible Jabba aliens and related vehicles stop on a dime? Why didn’t Hasbro re-release all of the aliens from the original run of The Vintage Collection, Legacy Collection and The Legacy Collection and The Black Series [Phase I] lines and allow collectors to pay MSRP for them instead of resorting to the aftermarket like eBay and giving them all of the money?

As we prepare for Triple Force Friday, I can’t believe what I am seeing. Hasbro is resurrecting things that didn’t interest collectors the first time they did them. The “Ultimate Galactic Hunt” metallic-embossed figures had their charm (for like five minutes), but collectors soon lost interest and didn’t care if they had a complete set or not. If there was a related mail-away option, I wouldn’t be complaining, FYI. But there isn’t that option for TFF. First Day of Issue was an initially exciting concept for The Clone Wars [Blue] and The Legacy Collection lines, but my brother just found a “First Day of Issue” Clone Trooper and Yarna figures in this”special” packaging last month.

Multi-colored The Black Series 6″ boxes. Multi-colored The Black Series 6″ figures. Solid gold 5POA action figures. A new 5″ scale that no one asked for or wants. With so few action figures produced today, should Hasbro be wasting their time with packaging variants to pique the interest of scalpers or confuse collectors or causal buyers of Star Wars products? It seems everything is being done to divert the attention from what sells. And I don’t know if they keep going further and further outside of the norms if the line will recuperate and get back to basics.

If you’re excited for all of these repaints and First Issue new box colors, then more power to you. But I would like to ask follow up questions to gauge your honesty. 🙂 I kid, I kid. But ultimately, I don’t think these gimmicks will do anything to interest most collectors, or bring in new collectors into the fray. Then again, I have seen stranger things happen where things I thought would fail have turned into a complete success. Rainbow Retro Collection Darth Vader (Prototype Edition); I am looking at you!

And yes, there are some fresh products coming to Triple Force Friday. But I see a heavier weight on the outlandish. (That’s my opinion. So please accept that as my opinion only.) And because of that, I am worried the Star Wars Hasbro brand has jumped the shark, or at the very least preparing to jump the shark. Hasbro, let’s see if we can turn that motorboat around and get back to a less complicated plot for the Star Wars line.